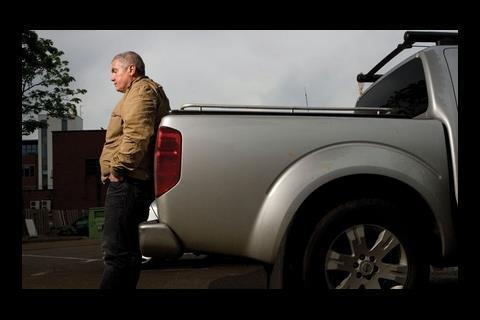 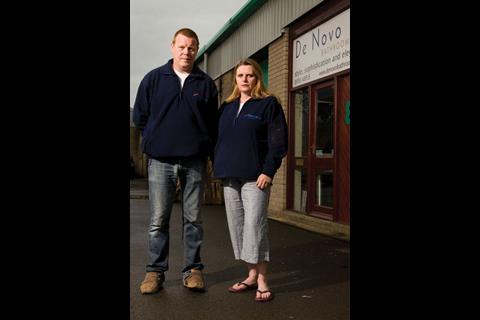 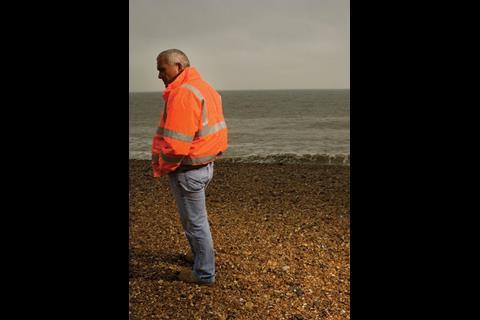 Clients who don’t pay can ruin small businesses and wreck the lives of their owners. James Clegg and Roxane McMeeken listen to the stories of three builders who think it’s high time something was done about the rogue customer

Last month Nigel Gray was probably the most famous builder in the country. The Sussex-based tradesman had built a porch and conservatory for his client, Anita Dovey. She failed to pay the £15,000 she owed for the work and after a string of excuses and bounced cheques, Gray went to Ardur council, the owners of the property. With their blessing he got two of his employees to “dismantle” the work – a job that involved an 18lb sledgehammer, and resulted in those now familiar images that were splashed all over the media. Gray said, accurately, “There is no way I’m going to be mugged off.”

Of course, builders can take customers who refuse to pay to court but this is costly and time-consuming. Worst of all, it could cost them more than they’re actually trying to recover. Many builders decide their best move is to walk away and cut their losses – but what if the losses are enough to threaten their business?

This is the situation facing Kevin Wood from Kent, who is the victim of a client who refuses to pay. He is now facing collapse. After reading Gray’s story, Wood got in touch with him and the two decided to keep the issue in the public spotlight. They’ve started a campaigning website: www.roguecustomer.com. The aim is to publicise “the rogue customer and rogue contractor who are daily affecting the lives and families of the building trade through non-payment of accounts”.

They are clearly not the only ones feeling that it’s time to turn the tables on dodgy customers. The Federation of Master Builders is also looking at the problem, having teamed up with the RICS to launch an independent procedure for builders and members of the public to settle disputes in 21 day. Building spoke to three victims of rogue customers.

I started off as a sole trader a few years ago. In the middle of last year business had grown so well I set up as a limited company doing building contracting and project management.

I was on a project for nine months with 15 subcontractors working for me. I went on holiday thinking everything was fine. Within seven days I was looking at the whole business going under.

So I’ve now had to take legal action to get the money that is due. But I didn’t realise how tough the law is unless you’ve got money. You could push hundreds of thousands of pounds into a case and still not win or recover anything.

I didn’t know Nigel before we started the site. I hadn’t seen him on telly demolishing the porch because I’d been too preoccupied to watch anything. I was sitting in my office one night with my head in my hands thinking “What am I going to do?” I felt physically and mentally at rock bottom. Suddenly he came up on the news feed on my Yahoo homepage. I thought, “Oh my God”, watched the video clip a couple of times and then noticed the van with the name of his firm in the background.

So I Googled the name of his company and dropped him an email. Nigel rang me the next day and told me his story and a week later we had the website up.

We’ve had people writing to us at the site with stories about having had their marriages break up or having lost their homes. It’s dreadful.

We’ve got a number of agendas with the campaign. Number one, we want to change the law so when customers don’t pay you, it comes under criminal rather than civil law. At the moment it costs a fortune to challenge but as far as I’m concerned it’s theft. We think you should be able to go to the police with it.

Also, we want there to be a law in case people don’t pay within, say, 60 or 90 days. At the moment the property could sit there for 20 years and the client will still have work they haven’t paid for.

Finally we don’t want it to happen to anyone else. We want people to be able to report what we’re calling theft and tell other people.

There are other things we want to do, like get suppliers onside. When a builder takes a hit they end up not being able to pay their supply chain. It’s a hell of a ricochet.

We’d also like to get involved with mediation. I haven’t really heard about the Federation of Master Builders’ initiative but I think anything that makes it easier than going through the courts is positive.

We’ve had lots of media attention and the MP for where I live, Gwyn Prosser, is supporting us. He’s agreed to write to Gareth Thomas, secretary for trade and consumer affairs to highlight the campaign. His brother is a small builder so he understands how precarious some of these small building enterprises can be.

Within a week of setting up the website we had nearly a thousand hits and the support we’re getting from builders has been phenomenal.

The name “rogue customer” came from those initial interviews that Nigel did. We’re just saying that people need to recognise that there are rogue customers too, and they have the law on their side.

I know there are people who would disagree but I think Nigel did a good thing for the industry. He’s an inspiration. People don’t do what he did.

People don’t realise how many people try to rip off builders. This happens to me all the time. The worst instance brought me very close to bankruptcy. I had to borrow money against my house and it took me about five years to recover financially.

I was sitting in my office one night with my head in my hands thinking, what am I going to do? I felt physically and mentally at rock bottom

I did a job for an estate agent where we did up a house – literally gutted it and rebuilt it. It was a £150,000 job. He paid me in stages and when we got to the end he owed me £30,000 but he refused to pay it. He said there were snagging issues but he was being so pernickety – we’re talking about a couple of screws missing from a hinge. It was obvious he was never going to pay me.

It affects your personal life, too. If you’ve got something like that hanging over you for years on end, it’s difficult to relax with your family and friends – the stress is terrible.

It could have been worse obviously. If I had lost I would have had to pay that plus the £180,000 he wanted and I would definitely have lost my business.

I only won because I’d taken decent records. I also got other builders that had worked for this guy to back me up and prove how unreasonable he was.

But the sad fact is that most builders are rubbish with paperwork. A lot of dodgy clients realise that and that’s how they catch you out. There are people out there who wait till you get to the end of the contract and they just hold out and refuse to pay you. These people are basically thieves. They know full well you’ve done a decent job but they are just trying it on.

It happened the other day. I went round to this woman’s house to look at her shower. I said it looked like a £100 job but we wouldn’t know until we took it apart. When we did take it apart we realised we’d have to replace the shower mixer itself and it took two days. At the end of the job she was asking why it had gone over £100! Everyone knows that a shower mixer on its own costs at least £200, plus I’d spent two days labour on it.

There seems to be this obsession with the idea that we’re all cowboy builders and that’s why these people think they can get away with this. It makes me feel like giving up being a builder.

These days, I only work for people who come to me through a recommendation. Otherwise, it’s too difficult to convince people that you’re not a rogue builder. It’s such a shame because there are so many good, honest builders out there.

The problem is, when you’re a family business and you’re busy trying to keep four or five men employed and you’ve got invoicing and quotes to do, there’s so much work already. If you attempt to start going through the courts, how much time and energy is that going to take?

Ten years ago you just did the work and got paid for it, easy-peasy. Three or four years ago I’d say you got perhaps one customer a year who was difficult about paying. Now it’s two or three a year. That can have a really detrimental effect on cash flow.

The amount people try and rip you off for tends to be less than £3,000. I’m sure they realise that it’s going to cost us too much and take up too much of our energy to be worth taking them to court.

People doing that are a problem but it’s also people just putting off paying as long as possible. We don’t ask for payment up front but we do state in bold on our quotations that we expect a cheque on the last day of work. The public seems to have become reluctant to part with their money.

Excuses? I’ve heard them all … “I’ve used all the cheques in my chequebook; I’ve lost my chequebook; my wife is paying for it but she isn’t here at the moment.” But they’ve known for six weeks or more that payment is expected on that day …

We’re not talking millions of pounds a year but as a family business you can’t afford to say, sod it, we’ll get our five grand off you when you feel like it.

We do between £50,000 and £60,000 of business a month and if half of the people aren’t coughing up when they should, we end up with a constant juggling act between the money coming in and the money going out. But the suppliers won’t wait for payment and the banks won’t either.

It’s psychologically wearing because you get to the end of every month and you know you’ve got outstanding invoices and unless you get that money the bank won’t honour cheques to suppliers.

It just seems to be getting harder and harder to get people to pay. On a really down day I say to Trevor, my job isn’t designing bathrooms or giving quotes on heating systems any more – it’s debt collection. It’s demoralising because we’ve always taken pride in our work.

I think programmes like Rogue Traders haven’t helped reputable tradespeople. People say if you’re a genuine trader then you’ve got nothing to worry about and 98% of me agrees with that. But I think it has made a small minority of the public think that they have the upper hand and what they say goes. I don’t think there’s as much respect for tradespeople anymore.

We love our jobs. We get to meet some really nice people and we enjoy the work we do. But it’s got to the point where we’ve even considered selling up. We’re overworked, underpaid, disillusioned, hacked off and unheard, but still plodding on determined not to be beaten.