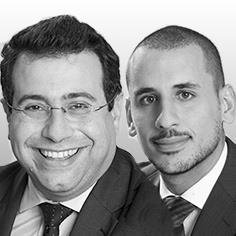 The kingdom of Saudi Arabia has big plans for the future. Billions are being spent on infrastructure and that can mean significant opportunities for UK construction and engineering companies. But there’s a legal question to think about. Modernisation is being carried out against the background of a legal system that is, commercially, fundamentally different not only from those of its neighbours but also from any Western concept of what commercial law should be. So what might this mean for those doing business there?

Saudi Arabia is the world’s largest oil producer and exporter and has the largest known oil reserves. With GDP increasing by some 6% a year, it is in the middle of a massive development programme, building new industrial cities and developing its infrastructure to meet the needs of the 21st century. A key driver of this activity is its growing young population, currently some 28 million, with 80% of its citizens under 40 and 35% under 15, and predicted to grow to 33 million over the next 12 years - add to that its plan to diversify its economy away from dependence on oil and gas and it becomes clear why Saudi Arabia intends to spend more than US$367 billion over the next 10 years on infrastructure: new roads, railways and urban transport systems, airport expansion, investments in water, sewerage, electricity plants, telecoms and the IT sector, as well as four million new homes.

The good news is that Saudi Arabia is the UK’s largest trading partner in the Middle East and North Africa region and ranks 22nd out of 185 in the World Bank ease of doing business tables. Inevitably, however, foreign businesses embarking on construction in Saudi Arabia need to clear regulatory hurdles, including obtaining a foreign investment licence from the Saudi Arabian General Investment Authority, meeting relevant investment conditions, registration with the Ministry of Commerce and Industry and setting up as a limited liability company or a joint stock company, not to mention complying with Nitaqa or “Saudisation” “the prioritisation of the employment of Saudi workers”.

But what about contract law?

The law is based on Islamic or Shari’a law, a comprehensive code of behaviour that embraces both ethical standards and legal laws. Commercial contract principles in Saudi Arabia, unlike its neighbours, are mainly to be found in Shari’a, which aims for justice and equity in contracts, for example through a requirement of good faith in commercial transactions. Even government regulations must comply with the overriding principles of Shari’a.

But despite its importance, Shar’ia in the Kingdom is not codified as with the laws in other Arab countries and the legal system and the Shari’a courts have no system of binding precedent. Justice and equity therefore come at a price, that of predictability and certainty.

The obvious dispute resolution solution for those considering legal remedies in their international commercial arrangements is arbitration, avoiding any issues as to lack of expertise or speed in the local courts. Arbitration in Saudi Arabia has in fact taken a significant step forward with the launch, last year, of its new Arbitration Law. Broadly in line with the UNCITRAL Model Law, it brings Saudi Arabia into line with other countries in the region. Saudi Arabia is also a signatory to the New York, ICSID, Riyadh and GCC Conventions.

But one thing that the new arbitration law, and the enforcement regulations enacted earlier this year, do not change is the fact that an award, or part of it, which conflicts with Shari’a law, will not be enforced in Saudi Arabia.

Interpreting Shari’a principles to suit today’s commercial world and its desire for predictability and certainty is a challenge for Saudi Arabia. It is also a reason for potential investors to be mindful of a different legal landscape in a country which, at the same time, offers huge opportunities.