See you in the boardroom 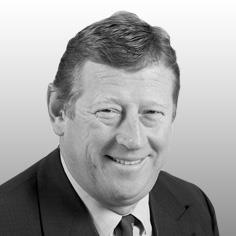 There is no shortage of controversy surrounding the apprenticeships levy and the government’s target of achieving three million apprenticeship starts by 2020. In April, further details came out about how the levy will work, raising further questions – for example, about whether levy funds can be used for Apprenticeship Training Agencies, and whether funding caps for training will be high enough.

And of course questions are still being asked about whether the government’s overall target is realistic. Although targets can be useful tools for focusing minds and driving change, there are legitimate questions about what this national target translates into for individual sectors.

We in construction and the built environment need to consider what the demand for apprentices is, and in which occupations. CITB has begun to do this using its Construction Skills Network forecast, which predicts that the sector will create over 46,000 jobs each year between now and 2020. They estimate that some 27,000 of these jobs could be filled by apprentices.

So there is incredible potential to grow apprenticeships. But at the same time, the government’s new levy has created significant uncertainty about how they will be funded, and how the apprenticeships levy will work alongside the existing CITB levy.

So with all that controversy swirling around, it is easy to get caught up in debates about minutiae. But let’s focus on the heart of the matter: we in the construction industry have to change. We have to update our thinking about what apprenticeships are and how we use them.

In construction, little more than half of apprenticeships are completed. That has real impact for our industry in terms of efficiency and quality of the workforce. And it’s just not good enough

If we don’t, we’ll fail to make best use of the money we pay in via the apprenticeship levy, and we’ll fail to take advantage of the new generation of motivated young people who would prefer to earn while they learn rather than take on the debt entailed in attending university.

Many of us cut our teeth in the industry at a time when apprentices were only for the tradesmen. We got used to seeing apprentice plumbers, electricians, bricklayers, carpenters and the like. But apprentice project managers, engineers, analysts or technical experts? Never!

What’s more, there is a clear progression mapped out. Apprentices with five GCSEs can start at level 4 and get a Higher National Certificate at the end of the three-year programme. They can then progress to a level 6 apprenticeship, which gives them a Bachelor’s degree and full membership in the relevant professional institute.

Here’s another thing we have to change: apprenticeship completion rates in construction are appalling. They’re poor across many sectors, with only about two-thirds of starts leading to completions. But in construction, little more than half of apprenticeships are completed. That has real impact for our industry in terms of efficiency and quality of the workforce. And it’s just not good enough.

Some would say that there are logical reasons for this low completion rate in construction. One could argue that the old apprenticeship framework model made it too easy for newcomers to the industry to pocket their CSCS card, put a shiny new line onto their CV and jump ship. It’s been mentioned also that the tendency to pigeonhole apprenticeships into old artisanal categories does not inspire young people to see construction as something they could see themselves doing for a lifetime, so there is no clear career pathway. We need to understand these reasons better so that we can make the right sort of changes to the bigger-picture map of construction apprenticeships.

Yet another outdated assumption is that apprenticeships are only for young people. Of course, apprenticeships are great for school or college leavers, but they can also be great for mid-career tradesmen looking to upskill, or perhaps those in their 20s or 30s who are unfulfilled in their current job in a different sector and looking to get into construction, where huge investments in infrastructure and housing make for good long-term prospects.

Those are the people we need to attract to fill the skills gaps and get the construction industry back on solid footing. Practically speaking, mid-career apprenticeships could be one way that businesses claw back what they pay into the apprenticeship levy.

So these are fundamental changes we need to make in the way we think of apprenticeships. Let’s make a start.