Sites of archaeological interest: Time to get dug in

Making sure sites of archaeological interest are dealt with appropriately can hold a project up. What steps must be taken to keep any related delays to a minimum? 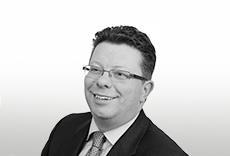 In his project article due to be published this week, Ike Ijeh notes that archeology has recently sparked the public’s imagination with its “surreal ability of the past to interrupt the present”. But, from a development point of view, protection of archaeological assets is a long-established principle in planning law.

The Ancient Monuments and Archaeological Areas Act, 1979 sets out a range of powers that permits the government to designate areas of significant archaeological importance. These include the historic centres of Canterbury, Chester, Exeter, Hereford and York. In addition, where appropriate, a local planning authority can require a developer to carry out an archaeological evaluation as part of the application package of documents, to understand just what lies beneath the development site.

Planning conditions and planning obligations can then also be part of the mitigation package that would require, for example, a Written Scheme of Investigation to be undertaken in advance of work starting on site, and require works to stop if items of archaeological importance are discovered.

Breaches of those conditions and obligations can lead to difficult conversations with the planning authority and the bodies responsible for the preservation and conservation of built heritage. A development project does not need to be of a very substantial scale to hit obstacles associated with archaeological investigations. For example, a high profile development site situated in the City of London has experienced problems of this very nature. Within one month of the developer and its team breaking ground on the scheme, problems began to reveal themselves and a third of the development site had to be cordoned off and laid open to intensive archaeological valuation work.

The investigative works have been expensive both in terms of time and costs, with a large proportion of the piling and foundation works due in spring 2013 now delayed. As a result, the delivery programme has shifted, costs have increased and the lender is taking considerably more interest in its investment.

Should the decision be made by the local planning authority to archaeologically investigate a site, it is vital that the developer is prepared and the correct steps are taken as soon as possible.

The first step is to ensure that, like any other member of the development team, an archaeological consultant with a significant amount of experience, logic and common sense is appointed. This person will need to have an appreciation of how the archaeological evaluation sits in the overall development programme and of the need to progress on site.

They must also have the experience of a stage-by-stage approach where they are aware of other existing archaeological research that can be used and backed up by additional desktop valuation services. If further work needs to be done on site to update the archaeological records, then that could be carried out either by using the latest land x-ray techniques or perhaps initial trial trenching.

Archaeological investigations of a relatively small scale do not require planning permission, therefore early trial trenching can allow the developer and the funder to become alive to and hopefully reassured of the risks. This type of stage-by-stage work is also easily budgeted for and a cost worth taking as the outcome can allow for judgments to be taken on whether or not further investigation is required and where the areas of risk might lie for the development programme.

As part of the drawdown of funds from the bank, if those terms require ground investigation work to have been carried out early on and perhaps at the developer’s expense, this stage-by-stage approach helps to obtain early access to development funding. Indeed, the approach may get you earlier access to more money, particularly if the advanced work reveals that in an area of high archaeological value, there are few or no assets on the development site itself.

If a developer knows about the risks on site it is then in a position to advise the funder. These issues can then be dealt with appropriately either via the planning application process and the Written Scheme of Investigation and/or further trial trenching.

More importantly, as work has already been undertaken, the developer and the consultant team are in a stronger position to enter into discussions with the local authority, for example on the drafting of the conditions and drafting the section 106 obligations. Early engagement with the authority and other bodies is always beneficial as it opens up channels of communication and establishes a relationship built on trust.

In as much as many within the development trade would like to see change, the overarching need to protect archaeological assets is an established one and is not going to shift. Developers and funders can reduce the impact of archaeological investigations by being prepared and taking the right steps as soon as possible. By doing this they will help to ensure that those ghosts are once and for all laid to rest.