So Scruton’s out and Boys Smith is in – but will it really make a difference?

Beauty should be something that is defined locally, not the subject of a grand commission in London, says Mark Leeson 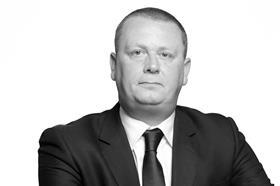 Last month’s sacking of Sir Roger Scruton, chair of the government’s Building Better, Building Beautiful commission, for allegedly making “unacceptable comments” in an interview with the New Statesman was greeted with predictably joyous cries from across the construction professions.

Since then, there’s been an ongoing “did he, didn’t he” spat over whether or not Scruton made the remarks attributed to him. But the divisive Scruton was, of course, already a controversial choice for the role of chair.

A critic of modernist design, Scruton was never going to embrace innovation in contemporary architecture.  Last November, for instance, he attacked contemporary design in a provocative speech calling for a return to traditional architecture based on the classical orders.

Many in the industry expressed the hope that Scruton’s replacement would be an architect – one who can instead advocate diversity in housing design and promote innovation and creativity. So the appointment of Nicholas Boys Smith of the lobby group Create Streets as the new chair could be seen as a fresh start for people’s perception of the commission.

Boys Smith must be given time to lay out his stall. But will it really make any difference who replaces Scruton? Arguably, whoever is at the helm will continue to be hamstrung by the commission’s restrictive remit, which screams conservatism. We must allow our talented architects to use their creativity, as communities secretary James Brokenshire recently said, “to promote better design and style of homes, villages, towns and high streets to reflect what communities want, building on the knowledge and tradition of what they know works for their area”.

The broader issue, however, is who exactly should be the judge of what constitutes good design anyway? As the saying goes, beauty is in the eye of the beholder – one person’s work of art will be another’s eyesore.

Furthermore, attitudes to design change over time, and trends go in and out of fashion. Ten years ago who would have predicted that brutalism would now be back in vogue? Or consider the outcry in London when the Shard was built – Simon Jenkins, the then chair of the National Trust, even went as far as to say it was so out of place it was more fitting to a banana republic – yet now it is one of the capital’s best loved landmarks.  And in Brighton, for example, the 11-story modernist-style Embassy Court flats on the seafront were extremely controversial when completed in 1935, yet now – after a period of falling into disrepair and almost being demolished – are one of the city’s most appreciated buildings, following a Conran-led restoration.

Innovative design can also be a catalyst for change and revitalisation of staid communities.  How boring it would be if a shortsighted, narrow definition of beauty resulted in identikit towns and cities, where the same old designs are just repeated again and again just because a new development is deemed to meet “the knowledge and tradition of what works” by a group of risk-averse planners. Take the Shard again as an example. It ruffled feathers, but since the tower’s completion it has triggered the redevelopment of London Bridge station and further regeneration in the area, which continues to take place, helping create a vibrant, diverse, new corner of the capital.

Rather than obsessing about a definition of beauty, surely the more pressing issue the government needs to consider is how we build enough quality homes to meet demand. The government’s official target is to build 300,000 new homes a year, but that number has never been achieved in the last 40 years, while according to the Centre for Policy Studies think tank, housing completions between 2010 and 2019 are only set to reach around 130,000 per year over the decade.

Modular housing has the potential to help bridge this gap as it’s quicker to build and install, yet how will the commission with its old-fashioned opinions of design view such modern methods of construction? True, most people justifiably have poor perceptions of the ugly “prefab” homes built offsite in the post-war period, but now modular housing is setting new benchmarks in quality, such as the award-winning Hundred House, constructed offsite in Yorkshire.  As Nicky Gavron, the former deputy mayor of London, says, recent models are “light-years” away from prefab homes of the past: “Now they are precision-engineered, digitally designed, and not just affordable to build, but to live in.”

My view is that beauty should be something that is defined locally, not the subject of a grand commission in London. What’s more, the UK has some of the most talented architects in the world, so stifling their creativity could have more far-reaching consequences. Scruton may have gone, but let’s not risk them departing too.