Sites of special scientific interest can be a major barrier to development - even if you have planning permission. Here’s what to look out for 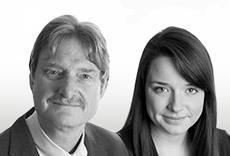 England contains over 4,100 sites of special scientific interest (SSSIs) – areas afforded protection because of their flora, fauna, or geographical or physiographical features.

Natural England, which designates and manages the status, paints an idyllic picture of the sites, describing SSSIs as “wetlands teeming with waders and waterfowl…heather-clad heathlands, flower-rich meadows”.

In less poetic terms, the sites designated SSSIs vary wildly in size and in the specific interest protected.

The Court of Appeal has considered SSSIs in a quarry and landfill site partially home to the great crested newt (MWH Associates Ltd vs Wrexham CBC [2012]), and cliff faces in Suffolk protected for fossils, sediment and other notable geological features (R (on the application of Boggis and another) vs Natural England [2009]).

On creation of a SSSI, Natural England must notify all owners and occupiers of the land, and the relevant local planning authority. The notification includes a list of “operations likely to damage the SSSI” (OLDs), which can both prohibit activities that may damage the protected interest, and require activities necessary to maintain and protect it.

Natural England has powers to prosecute land owners and occupiers who violate OLD notices. Recent convictions include a sports company fined £40,000 plus costs of £125,000 for offences relating to use of the North York Moors National Park without permission, and a Norfolk hotel owner who received a suspended prison sentence for repeated breaches by removing riverbed vegetation which offered protection to wildlife.

Developers should be wary of SSSIs. The National Planning Policy Framework requires local planning authorities to apply the principle that proposed development likely to have an adverse effect on a SSSI should not normally be permitted. The status is registered as a local land charge, so a search of the register should notify potential purchasers to the presence of a protected interest.

Natural England paints an idyllic picture of the sites, describing them as ‘wetlands teeming with waders and waterfowl’

A problem arises for purchasers of land near or potentially affecting a SSSI. DEFRA advice to planning authorities suggests that “a wetland might have its water table lowered as result of water abstraction some considerable distance away; and a river SSSI might be affected by an upstream development”.

Developers looking to obtain planning permission for, close to, or potentially affecting a SSSI are therefore advised to engage with Natural England at an early stage, to test the feasibility of their proposals, and accelerate the planning decision.

Where engagement with Natural England fails, the NPPF does give an exemption to the prohibition where the benefits of the development clearly outweigh both the impacts on that site and the broader impacts on the national network of SSSIs. Consequently developers must be prepared to make a strong case for the benefits of their proposals.

However, granted planning permissions can be challenged on the same grounds, and environmental groups have indicated their willingness to do so. In 2012 Natural England agreed a stewardship plan with the owners of Walshaw Moor estate. The RSPB laid a formal complaint with the European Commission on the grounds of Natural England’s failure to adequately protect the site.

Given various interest groups’ concern about the perceived lack of environmental protections afforded by the NPPF, such challenges are likely to be on the rise.

Bill Bidder is partner in and head of the Real Estate Group and Kate Egan-Martin is a trainee solicitor, both at IBB Solicitors