Standing up to slavery

Large organisations are now required to publish a statement on what they are doing to ensure modern slavery is not taking place in their business or supply chains. Brett Hartley explains what it involves 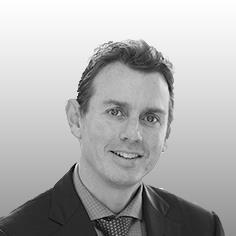 A “soft” September disclosure deadline has now passed for organisations with a financial year end of 31 March 2016 and who are caught by the supply chain transparency obligations under the Modern Slavery Act 2015 (MSA).

The MSA includes landmark provisions which require commercial organisations (body corporates and partnerships) supplying goods or services with a global turnover of £36m or more and who carry out business in the UK to publish an annual slavery and human trafficking statement on their website.

This is a statement of the steps taken to ensure modern slavery is not taking place in their business or supply chains. This comes at a time when the government has refocused its attention on tackling modern slavery with the prime minister, Theresa May, re-affirming her commitment to tackle the issue by establishing a taskforce on modern slavery and pledging over £33m to create a five-year International Modern Slavery Fund focused on high-risk countries.

For those tasked with preparing slavery and human trafficking statements, the Business and Human Rights Resource Centre (BHRRC) has continued to update its central register of statements. With close to 900 collected so far, this is an excellent benchmarking tool for organisations yet to publish their statements. The Global Slavery Index (2016) has also been updated and shows a 10 million increase in the estimated number of people trapped in modern forms of slavery over the 2014 figures (from 35.8 to 45.8 million globally). As an alternative, Verisk Maplecroft has developed its own modern slavery index which is aligned to the definition of modern slavery under the MSA. These indexes can be useful tools for assessing and mapping country risks in supply chains.

One of the key takeaways from a May 2016 seminar hosted in London by BHRRC on modern slavery and strategic litigation was a comment by the UK’s Anti-Slavery Commissioner, Kevin Hyland, that a company’s statement should be a good indicator of whether it “ought to have known” that modern slavery was occurring in its supply chain (ie, evidence of a criminal offence). This is a signal that statements need to be approached with the gravitas they deserve and that organisations should not overreach or exaggerate the steps they have taken to tackle the issue.

As the focus on this issue intensifies, organisations need to be conscious of potential exposure to corrupt practices associated with modern slavery, particularly when it comes to ensuring they have adequate procedures in place under the Bribery Act to prevent bribery by associated persons within their supply chains.

The focus on modern slavery and supply chains is clearly intensifying and various stakeholders are pushing to increase the bite of the MSA’s supply chain transparency provisions. For example, there is currently a private member’s bill before the House of Lords which, if passed by both Houses of Parliament, would, among other things, amend the Public Procurements Regulations to exclude organisations from participating in public procurement where they have failed to produce a statement.

The warning signals to industry are only getting stronger and organisations can no longer afford to ignore the issue of modern slavery in their supply chains.

Brett Hartley is a senior associate at Clyde & Co and a member of the firm’s international trade, energy and regulatory team