Watching the Olympic buildings fulfill their roles during the Games was a triumph - will they live up to legacy expectations too? 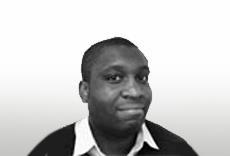 It is not just Team GB’s athletes who deserve fulsome commendation for their performance over the past three weeks: the Olympic Park and its venues were in many ways the unsung heroes of London 2012.

After growing so familiar with images of the Olympic Park as an unoccupied construction site, it has been a surreal and exhilarating experience seeing it filled with thronging masses of people.

With its 4,000 trees, 8km of waterways, bridges, verges, flowerbeds, woodland and meadows the 250 hectare park, Europe’s largest for 150 years, has been a sumptuous riot of landscaping and colour. Classical architects complained that they were excluded from the design process of the Olympic venues. But by surrounding the venues with rich, rolling parklands from which they are glimpsed like temples, it is in fact the idyllic informality of the 18th century English Garden that has had the last laugh.

The venues too performed exceptionally. Inevitably, there were some small exceptions. Sightlines from the top tier of the aquatics centre stands were poor enough to see ticket prices refunded, the Velodrome roof sprung a leak during a torrential downpour and while the vast, paved forecourts around the stadium and Orbit were ostensibly conceived to handle large crowds, they appeared somewhat desolate and windswept when not filled to capacity.

But in the main, the buildings fulfilled their functions admirably. Special commendation must go to lighting, so often a discarded afterthought in Britain. At night, spectacular external lighting and 80,000 ring-side digital screens electrified the atmosphere in the Olympic Stadium and memorably transformed what is by no means the most architecturally exciting venue in the park into an energised, pulsating chameleon of colour and light. 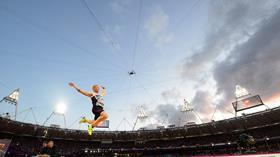 So what of the future? The basic challenge, normally unfulfilled after past Olympics, will be to devise reasons for people to visit, live and work in the area long after the Olympic bandwagon has rolled on. In contrast to the rationale behind most Olympic Games, London 2012’s wise emphasis on regeneration dictated that the Olympic site was essentially designed for its post-Games mode, then temporarily retrofitted back to satisfy Olympic requirements.

Hopefully this process should now pay off. Temporary venues like the waterpolo, riverside and basketball arenas will now be replaced with new housing and parkland and the much derided wings of the aquatics centre will be banished to finally reveal the elegant sculptural wave trapped within.

The Olympic Village will welcome its first residents next year and the northern section of the new Queen Elizabeth Olympic Park will also reopen in July. By 2014 the southern half will have been redesigned as a series of interlinked ‘pleasure gardens’ and public spaces by landscapers James Corner Field Operations, creators of the hugely successful High-Line elevated park in New York.

Only one potential but significant storm cloud remains on the horizon: the continuing uncertainty over the future function of the Olympic Stadium. The Olympic Delivery Authority’s refusal to fix its long-term role right at the start of the project and thereby integrate any conversion criteria into its design is singularly responsible for the shambolic catalogue of delay and indecision that has blighted its future ever since. 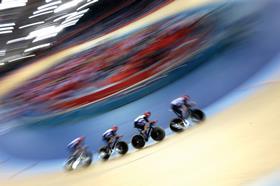 West Ham FC’s multi-purpose bid remains the most realistic commercial and logistical proposal thus far and we should find out whether the London Legacy Development Corporation shares this view after the summer. The Olympic Stadium has already proved its worth as a sustainable major sporting amenity by being selected to host the World Athletics Championships in 2017. But if its future is not resolved, then it will leave the credibility of London 2012’s claim to be a genuine regeneration catalyst in tatters.

It will be many years before we can assess the true regeneration potential of the Olympic Park and its venues but all in all, the omens are promising. It is incredible to think that just seven years ago the site was one of the most derelict and deprived in London. An Olympics is not by any means the only way to ignite regeneration but it does provide two things on which regeneration thrives: a vision and a deadline.

The park is also part of a much bigger picture. Westfield Stratford City, Canary Wharf and the Thames Gateway too are all indicative of a resurgent east London. And, if the Thames Estuary ever gets its hub airport then the Olympic Park will be minutes away from the largest airport in the world and will have merely been the starting block in an east London regeneration renaissance that will irrevocably tilt the capital’s cultural and economic pendulum eastwards.

Most Olympic Parks begin as essential cosmopolitan destinations and eventually turn into abandoned urban wastelands. We should take pride in the fact that long after Team GB’s momentous medal haul has faded into distant memory, London 2012 may yet make history as the first Olympic Park to achieve the opposite.