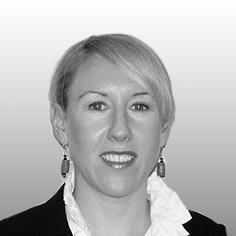 This case concerned a claim brought in the TCC by the claimant against the second defendant in relation to allegedly defective work. The proceedings were subject to the costs management pilot scheme under Practice Direction 51G (‘PD 51G’).

At the first case management conference (‘CMC’) on 14 December 2012 both parties submitted cost budgets for £821,000 plus VAT and £616,000 (with no VAT being claimed) respectively. There was insufficient time available during the CMC to explore the detail of either party’s cost budget so no Costs Management Order was made but the Judge expressed concern that the costs seemed disproportionate in the context of a claim for £1.6 million. The Judge scheduled the trial for October 2013.

Neither party returned to Court to seek approval of their costs budgets.

The parties engaged in mediation during June 2013 but otherwise failed to comply with the Court’s directions. By the time of the Pre-trial Review in July 2013 it became apparent that neither party would be ready for trial. The Judge therefore adjourned the trial but due to his concerns that the adjournment would result in further increases to what he already considered to be excessive costs, he ordered a CMC to take place on 25 September 2013 to deal solely with costs management issues.

What, if any, costs management order should be made?

The judge declined to make a costs management order or approve either parties’ cost budgets on grounds that they were disproportionate and unreasonable. He considered that the parties’ efforts should be focused on preparing for the trial rather than preparing fresh costs budgets.

The judge directed the parties to keep their cost budgets updated and make them available at the next pre-trial review.

Although this case was concerned with the application of PD 51G under the costs management pilot scheme, some useful guidelines for navigating the new cost management rules, in effect from 1 April 2013, have emerged. The key points of interest are as follows:

Whilst the judge was critical of both parties’ cost budgets, he stopped short of concluding that a party’s failure to have its cost budget approved would result in it being unable to recover any costs at all. He considered that such a punitive approach would be contrary to the letter and spirit of both PD 51G and the new costs management regime. However, the costs management rules are still in their infancy and the Courts may well adopt a more rigorous approach once the regime has become more established.