4 May marked the first year of Andy Street’s mayor ship. So how has the former MD of John Lewis fared in his first year as the first-ever Mayor for the West Midlands? 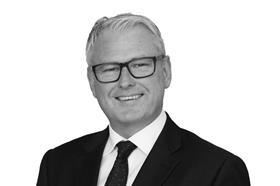 For any leader it’s important to get some early wins on the board to build confidence and get the team behind you.

In this regard Andy Street has got off to a flying start and achieved more than any other Metro Mayor, having successfully championed Birmingham’s bid to host the 2022 Commonwealth Games, Coventry’s 2021 City of Culture bid and held a high-profile meeting with the Prime Minister to make the case for Channel 4’s move to the regions, showing the eye for an opportunity that characterised his career in retail.

There have undoubtedly been teething problems, not least the rejection of a proposed £10 a year council tax increase to fund mayoral priorities, by local authority leaders.

However, unlike Greater Manchester’s Andy Burnham, the West Midlands Mayor has not been able to draw on the resources of a long-established civil service, nor such a settled regional political environment.

In appointing a leadership team comprised of councillors from across all seven constituent local authorities in senior management roles Andy Street has shown his ability to reach out to politically sensitive local authorities and form common partnerships behind an agenda.

The Mayor rightly emphasised the need to improve public transport during his election campaign and has set a target of improving commuting times across the West Midlands. The city-region has one of the most congested road networks in the UK, and rail networks have suffered from underinvestment for decades.

Having delivered the £776m revamp of Birmingham New Street we understand how world-class infrastructure can change perceptions, behaviour and provide an economic catalyst as well as transforming properties themselves.

Since its transformation New Street has gone from being named “Britain’s worst passenger station” by industry watchdogs Transport Focus to Britain’s third favourite station with 93% of passengers satisfied with their experience.

The creation of the new Grand Central retail centre has also rejuvenated shopping in the city and seen it move from 12th to third in the national retail rankings as well as create an 11% increase in its visitor economy.

As firm believers in the power of transport infrastructure to drive regeneration we were heartened to see the Mayor announce £10bn worth of new infrastructure projects, including redevelopment around the HS2 stations of the West Midlands, the regeneration of Wolverhampton’s Canalside, and a series of extensions to the tram network.

Ensuring progress continues to be made on intra-city transport projects will be crucial to the success of the mayor and the combined authority.

To achieve this ambitious goal while meeting his promise of protecting the green belt, and prioritising development on brownfield sites, much can be learned from a model developed in Stockport to skilfully co-locate complementary public services such as health and social care to free up public sector land for development.

Skills were immediately identified as a priority area with the Mayor’s Mentor scheme recruiting more than 1,000 coaches across the city-region to provide young people with careers guidance and life skills.

Last month the Mayor renewed his commitment to this by saying that skills are his single biggest priority despite the Government blocking mayoral combined authorities from taking full control of 19+ adult skills budgets this year.

For the West Midland’s it’s crucial that we get this right. According to the Centre for Cities, more than 15% of the region’s residents have no formal qualifications, almost double the UK average, whilst only 29% have degree-level qualifications. Having met with business leaders – and crucially been one himself – Mr Street understands this is stifling growth in the West Midlands.

To tackle this and the regions other underlying problems Andy Street will help spearhead the region’s first ever industrial strategy to identify how we best support our world-class business expertise in areas such as: automotive, advanced manufacturing; construction, logistics and transport, life sciences and digital.

Andy Street has gained respect across the political spectrum for the start he has made as Mayor, and shown admirable energy, enthusiasm and leadership to create important partnerships that support his agenda.

The West Midlands is undergoing a renaissance, with huge economic potential waiting to be unleashed.

In order to achieve that, regardless of personal political affiliations and who is filling the role we in the business community need to become strategic partners and delivery vehicles for our mayor and play an active part in the civic dialogue to improve our region.

Having served on the coalition Government’s business advisory board and as head of one of the world’s best-know business partnerships, we can be sure that Andy Street understands the importance or working in partnership with business and politicians of all parties to get things moving.