How do we actually make the changes the built environment sector requires? Diversity in our industry needs to be a concrete target, not a nice thing to have 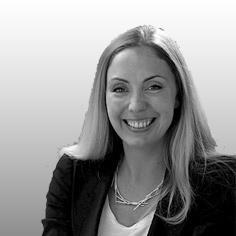 It has been a bad month, following a catastrophic year, for the UK on the issue of discrimination of all kinds. Last week, the BBC filed a report which commented on research by the TUC regarding sexual harassment in the workplace. Shocking statistics, such as 79% of the women who were victims of sexual harassment did not tell their employer and 63% of women between 18 and 24 said they had been sexually harassed at work, were highlighted.

Last week the equally damning UK race report Healing a divided Britain from the Equality and Human Rights Commission was released which says: “There has been a rise of 49% unemployment since 2010 for ethnic minority group members between 16-24 who are long-term unemployed, compared with a fall of 1% in overall long-term youth unemployment.”

These reports, coupled with the appalling, unpleasant under-current of racism that tarnished the Brexit out campaign, has made many people of all generations hang their heads in shame, and I count myself in this group.

And where does the construction industry sit in this melee? Not terribly well. As stated by the CITB, “You only have to look at the figures to see what a mountain the industry has to climb: less than 2% of the manual workforce is represented by women; a mere 5% is made up of black and Asian manual workers and; just 8.1% have a disability as defined by the Disabled Discrimination Act.” 12% of our wider construction industry is female, and within that only 4% are trained professionals, all others are in supporting administrative roles. What is worse is that these statistics have barely shifted for a decade.

We need to champion the success stories of the minority role models that are in our industry. Encouraging them to take speaking opportunities, to accept every promotion and not to look back

So how do we move beyond our liberal navel gazing sclerosis and actually make the change the industry requires? Firstly, a high-quality imaginative media profile campaign is needed using top advertising agencies. One that communicates where we are succeeding to engage with all ethnic groups and girls and young women in particular.

Secondly, we need to champion the success stories of the minority role models that are in our industry. Encouraging them to take speaking opportunities, to accept every promotion and not to look back. I set up Chicks with Bricks, a networking group promoting female talent in the industry, in partnership with the Prince’s Trust, because I wanted to hear women’s success stories, and I wanted others to hear them too. It started as just two of us and now we have over 3,000 members and three international events a year promoting talent, diversity and success. Everyone can create positive change. Angelica Donati, one of our speakers in her twenties running her own development company, had a great opinion on breaking glass ceilings. “My dad always told me when I was a little girl, you can do whatever you want, ‘consider yourself a five tonne bear, because a five tonne bear does whatever they want’.”

Greater diversity in our industry needs to be a concrete target: because it is an economic generator, not a nice thing to have. Senior level individuals in all construction organisations should be accountable for hitting (or not hitting) diversity targets, as they are for other aspects of profitability or performance. A report in the FT last month said, 72 employers with half a million staff have backed the Women in Finance Charter, a government initiative based on a report on the sector by Jayne-Anne Gadhia, chief executive of Virgin Money. The charter obliges signatories to set targets for the proportion of women in senior roles and to make executive pay partially dependent on hitting those diversity goals.

Dame Tessa Jowell at Ayo Allu’s CIOB dinner last month, talking about the extraordinary feat of the London Olympics, said: “Everything we did was against everything that was being done.” I believe we are in this position now with the challenge of diversity, and it is time for us, as an industry, to aggressively step up to the challenge.