Tackling homophobia and transphobia in construction

This Pride Month, I urge everyone not to stand by when you hear homophobic or transphobic language 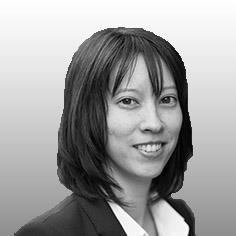 The recent story about Ireland football manager Martin O’Neill’s homophobic gaffe and his “apology” highlights the continued lack of understanding about homophobic behaviours in football, and that LGBT matters are still considered to be material for humour.

According to the FA, 70% of fans have heard homophobia in football within the last five years, and many still use homophobic language without understanding the impact on others or indeed the fact that these terms are homophobic and - under the Equality Act 2010 – illegal. This June is Pride Month, so there is no better time to reflect on the state of play for the LGBT+ community in construction too.

Doing this shouldn’t just be the responsibility of our LGBT+ colleagues. It’s everyone’s responsibility, with allies and advocates having a big role to play too

The sort of off-the-cuff comments used by O’Neill are still common place on building sites and in 2015 a survey by an architecture magazine confirmed that homophobia remains rife and is still considered to be “harmless” banter. More than four in five (85%) LGBT employees in contracting heard homophobic comments in the work place over the last 12 months. It was 61% in engineering and 59% in architecture. All staggeringly high statistics.

As the industry opens its eyes to the benefits of becoming an LGBT-inclusive space, those working in construction and the built environment have a responsibility to help stamp out homophobic and transphobic behaviours on our construction sites and in our workplaces. And doing this shouldn’t just be the responsibility of our LGBT+ colleagues. It’s everyone’s responsibility, with allies and advocates having a big role to play too.

If everyone working in construction challenged every homophobic or transphobic comment they heard and asked the offender to consider the impact of their comments on others, this could help to reset the standards for what is acceptable jovial behaviour in the workplace, and indeed outside of work.

Some great work is already being done to support LGBT-inclusion. For example, professional networks such as Off Site and Inter Engineering provide a safe space and networking opportunities. Many firms have now set up their own LGBT employee networks and I’m proud to be part of the VIBE network (visibility in the built environment) we’ve set up at WSP | Parsons Brinckerhoff. On 25 June, 10 of these firms will be marching shoulder to shoulder in the Pride in London parade to advocate LGBT-inclusion and change the image of construction, helping to open it up to a wider pool of talent. All of this would not be possible if we didn’t have people in the industry who are willing to challenge the status quo and make a difference for generations of future construction professionals.

So, this Pride Month, I urge everyone not to stand by when you hear homophobic or transphobic language in the workplace but to politely challenge each and every instance. And we’ll be one step closer to an LGBT-inclusive construction industry.