In the first of our new series on the legal considerations of constructing tall buildings, Joanna Bassett considers the issues around planning permission 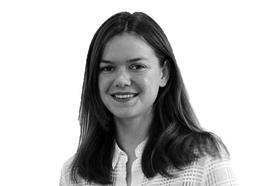 Today’s tall buildings are not the monolithic concrete towers of the 1960s, described by Lynsey Hanley as “slums in the sky”. Instead, 21st-century tall buildings represent regeneration and feats of engineering. For their fans, tall towers present the optimum housing solution as London battles to accommodate its rapidly increasing population at an affordable price, while seeking to enhance and preserve green space.

Nonetheless, tall residential buildings remain contentious, particularly due to their inevitable impact on the skyline. Where such buildings are proposed in a conservation area or near heritage assets, winning planning permission is particularly challenging. But, in light of the housing crisis, perhaps the time has come for planners to reassess the weight given to heritage concerns.

What is a ‘tall building’?

There is no universal definition of a “tall building”, and such buildings are broadly identified as those “that are substantially taller than their surroundings and cause a significant change to the skyline”. Within certain areas, specific thresholds may be applicable: for example the mayor of London has proposed thresholds that mirror the point at which applications become liable to be referred to the mayor: 25m for buildings in the Thames Policy Area (which encompasses the banks of the River Thames); 150m in the City; and 30m everywhere else. Further, individual boroughs are encouraged to provide their own definitions. Regardless of the precise definition, tall buildings have one thing in common: they stick out. Therefore design is of paramount importance.

What are the planning issues?

As boroughs gain more experience in handling tall building applications, they will increasingly scrutinise such proposals – not only for their potential aesthetic impact but also for their physical impact, as such repercussions ranging from wind tunnelling and overshadowing to melting parked cars.  “Today, a poor design doesn’t merely risk attracting bad press; it might now never make it beyond the depths of a local authority’s planning portal.

No matter how carefully a tall residential building is designed, it cannot completely avoid causing an element of harm if it stands close to, or can be seen from, a heritage asset. For some decision-makers, this may carry such weight that the offer of affordable housing and other public benefits through the development will not outweigh the perceived impacts, particularly as such buildings tend to attract friends and, once one has been approved, it can become more difficult to justify refusing similar proposals in the future.

Is the tide turning?

Sadiq Khan has held 10 public planning hearings during his mayorship, all of which related to residential or part-residential developments. In eight of these, the local authorities had resolved to refuse planning, having assessed that the height and massing of the proposed developments caused too much harm to the locality or heritage assets.

Khan weighed the planning balance differently. In each case where harm to heritage assets had been cited as a reason for refusal, the mayor’s office concluded either that there was no harm to heritage assets or that any harm was outweighed by the benefits brought by the scheme – in particular, affordable housing. In several cases Khan was content to permit increases to the height of the buildings in order to secure an increase in the number of affordable units offered.

It now seems clear that in areas lacking clear policy support for tall buildings, a developer’s offer to provide a minimum of 35% affordable housing should be influential in overcoming criticism on heritage grounds. Further, the Kensington Forum Hotel application demonstrates that offering a high percentage of affordable housing in conjunction with a non-residential development may help to secure planning for primarily non-residential developments.

However, the mayor’s word is not always final. If anyone needed a reminder of the political tensions underlying the housing crisis in London, the then secretary of state for housing, communities and local government, James Brokenshire, called in two of the applications referred to above – the Citroen Site and Newcombe House redevelopments. This indicates that the mayor’s more liberal approach to tall buildings incorporating significant numbers of affordable units is not necessarily aligned with the views of the government – albeit these applications remain to be determined by the secretary of state.

Nonetheless, Khan’s approach alerts local authorities to the importance that should be placed on affordable housing when weighing the planning balance.

It should also provide some comfort to developers seeking to develop a tall residential building in a sensitive location – provided, of course, they are prepared to provide a significant level of affordable housing.

Joanna Bassett is an associate at Taylor Wessing