The implications of exiting the EU 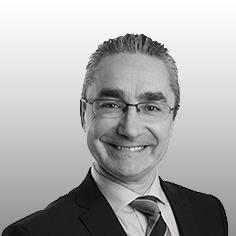 Following the decision by the British electorate to back the UK leaving the European Union, Sweett has been considering the implications of the decision for the construction industry.

Despite the hysteria, the referendum changes little in the short term as the process to exit the European Union will take in the region of two years.  During that time, there may be some unwinding of European legislation but the general consensus is that the trade agreements and free movement of people are likely to remain in place until the full terms of exit are agreed.

The main short-term implication is the sharp drop in the value of the pound against most other major currencies, in particular, the Euro, US Dollar and Yen.  This makes imports more expensive and in the short term will cause a spike in inflation; we believe in the region of 1% - 2%.

For contracts let on a fixed price basis this will have no effect on clients, but could put further pressure on contractors still working their way through loss-making projects secured during the recession.  For projects currently being tendered, contractors will seek to increase prices to cover their tender inflation and due to the continued uncertainty, many will be looking to increase risk allowances, particularly if the project is a medium to long duration.

For clients carrying out work in the European mainland, short term we do not see any significant changes following from the UK’s decision.

The implications on medium and long term are impossible to accurately predict because there are too many unknowns, including:

However, overall, the British Economy is fairly strong and robust, therefore we expect the pound to gain some of the ground it has lost in the medium to long term, and interest rates to reduce to 0.25% in the next 6 – 12 months, in order to stimulate growth.

We expect private development in London to slow down, with this spreading to the regions soon after, although we do not expect this slowdown to be drastic. We further anticipate Government capital spending on infrastructure to slow, with the possibility of some projects being cancelled.  Government spending in other sectors (health, education) is expected to be delayed while the effect on the finances of leaving the EU becomes understood.

This effect will remove the current overheating in the construction industry and will cause a reduction in main and sub-contractors’ margins, which will offset any material inflation caused by a weak pound and return inflation to a more normal 3% - 4% per annum.

The single biggest risk to this scenario is to do with the movement of labour if restrictions are imposed, with the volume of European construction workers being drastically reduced.  The impact could be huge both from a cost impact perspective, experts have quoted a circa 10% increase in construction costs due to projected labour shortages, and from a deliverability aspect, as there simply will not be the skills or labour available to deliver the pipeline of projects.

The impact in mainland Europe is equally hard to predict.  Many leading experts’ views are that nothing significant will change, although the risk is that uncertainty will stall market growth currently being delivered across the EU as a whole, and, in particular, will plunge southern Europe back into recession.

We will continue to monitor the likely impact of the leave vote and update our mid to long term view as the situation becomes clearer.