The journey to decarbonisation remains a challenging one

Progress along the path towards net zero has been slow for the building sector but we have the tools to accelerate this process and all have a part to play. writes Iain Parker 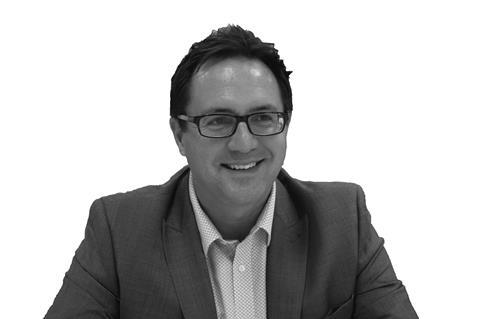 The urgency of reducing carbon emissions from property and construction is clear, but sector emissions have remained stubbornly consistent over recent years. There has been progress in other sectors such as renewable energy programmes and light-duty vehicles, but decarbonising the building sector has been slow.

A key reason for this is the sector’s diversity and complexity, with buildings coming in all shapes and sizes, sometimes varying quite significantly between different asset classes. This does not lend itself to quick change.

However, the range of technologies required to achieve building sector decarbonisation are both mature and widely available. It is the lack of detailed understanding and widespread adoption that is proving part of the challenge.

In a similar vein, the continued fragmentation of the industry and lack of joined-up thinking provides another hurdle. It is fair to say that most of the industry is on a journey, and we are all learning a lot as each week goes by.

There are viability challenges on new schemes where choosing the most advantageous option from a commercial perspective is sometimes the most penalising from a carbon perspective, and vice-versa of course

It is not uncommon to receive differing advice and views from varying disciplines, and throwing numbers around (whether they be cost or carbon or both) seems all too easy in a world where lack of data and evidence exists.

In addition, there are viability challenges on new schemes where choosing the most advantageous option from a commercial perspective is sometimes the most penalising from a carbon perspective, and vice-versa of course. This plays to the debate around whether low carbon and highly sustainable buildings will command premium rents in the future, or whether sub-standard buildings will remain unoccupied and become obsolete in no time at all.

A net zero carbon or BREEAM Outstanding building does not need to attract a significantly higher construction cost, although it can. There are many considerations which are key to ensuring that a building will be effective, viable and sustainable, and there is a direct link between carbon, cost and value.

This link requires a clear project brief and clarity of objectives from the very outset, if decarbonised and sustainable buildings are to be delivered successfully. A hierarchy of possible interventions needs to be reviewed from the beginning and schemes need to be as materially efficient as possible, removing both carbon and cost from the construction process.

Focusing on where most of the embodied carbon exists is a priority (basement and superstructure), as is challenging conventional drivers around product and specification as these are often in tension with low carbon design. Net zero carbon should naturally be considered across the whole life of the building, including what happens at the end of building life, not just the upfront element during construction.

There is an essential role to be played by government. This role includes regulation, incentivisation and facilitation

This concept throws up further challenges for the industry as multiple stake-holders who span this significant period have to somehow bring design, construction, occupation and disposal all together in harmony for optimum performance.

It is clear that, on the journey to decarbonisation, there is an essential role to be played by government. This role includes regulation, incentivisation and facilitation.

There are many facets which sit under each of these headings and it will take time to get there. However, securing energy supply is a fundamental role of government and energy efficiency should be a major strategy for doing this. Pursuing electrification and decarbonising the power grid also reduces reliance on fossil fuel imports and increases energy independence, eliminating a source of energy price volatility.

While governments are key to transforming the building sector, other stake-holders also have the tools at their disposal to accelerate and push this transformation. So let’s all play our part on this journey…

Iain Parker is a founding partner at cost consultant Alinea