The overwhelming majority of construction firms caught up in a cross-border dispute will plump for international arbitration as the preferred form of resolution. So why is this? 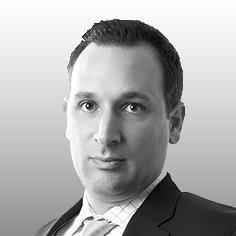 Globalisation has been firing on all cylinders over the last three decades, largely led by US purchasing power and the huge growth seen in the emerging markets - China especially. As economies grow, the importance of reliable and sophisticated infrastructure also increases. Effective transport systems, dependable energy and modern communications are essential to enable goods and services to be bought and sold across the globe.

This has benefited the construction industry which has expanded to meet the infrastructure demands of a more globalised world. The downside, however, is that disputes are common in the construction industry. Projects can be knocked off course by a multitude of factors - construction does not always go to plan and large sums are often at stake. Research by the global consulting engineer Arcadis has shown that the value of the average construction dispute rose by almost 60% last year, reaching $51m, compared to $32m in 2013.

Where issues arise that cannot be resolved between the parties, those parties will often turn to formal dispute resolution proceedings. Court-based litigation used to be the preferred method but, as our 2015 International Arbitration Survey conducted by Queen Mary University of London (QMUL) in partnership with White & Case found, international arbitration is now conclusively the preferred form of dispute resolution for cross-border disputes in the construction industry. But why is this?

A neutral venue can be chosen, thereby avoiding any perceived home advantage

As the research shows, there are a number of reasons for this, namely, the greater enforceability of arbitral awards, the flexibility of the process and the ability to avoid legal systems. However, one of the most attractive features for those involved in construction disputes is the ability to have disputes heard by individuals with extensive construction industry expertise.

Construction disputes sit at the apex of two complex, highly technical and constantly evolving disciplines: construction and engineering and the law.

Very few jurisdictions have specialised construction courts (the Technology and Construction Court in England is a notable exception), so parties that choose to resolve their disputes by litigation run the risk of having their case heard by a judge who may have limited experience of construction. In international arbitration, where parties can select arbitrators with specialist technical knowledge and industry expertise, there is a greater likelihood of achieving a decision that takes account of all relevant issues.

International arbitration also allows the parties to select the jurisdiction in which the dispute will be resolved. The place or “seat” of arbitration can be anywhere around the world, irrespective of whether it has any connection to the parties or the project. A neutral venue can be chosen, thereby avoiding any perceived home advantage.
Historically, London and Paris have been the most preferred venues. However, reflecting the growing importance of Asia for inward and outward investment in large infrastructure and construction projects, the study showed that Hong Kong and Singapore have gained significant momentum and are closing the gap. Such projects, often being extremely large, complicated and costly, are fertile ground for disputes. As such, we are seeing more Asian parties involved in large construction disputes and the Asian arbitral forums have devoted considerable effort to attract these sorts of disputes.

Although London and Paris continue to be both the two most used seats and the two most preferred seats, as legal counsel favour tried and tested venues, Singapore was considered the most improved seat over the past five years, with Hong Kong following closely behind.

As the cost of large-scale construction projects rise into the billions, so do the value of the disputes that arise out of them and the decision as to how to resolve them is critically important. Our study shows that international arbitration is fast becoming the norm for resolving construction disputes.