The new proposals are a giant leap in the right direction, says Joel Gustafsson 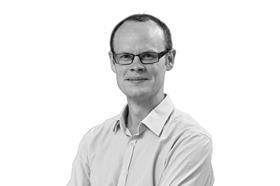 Our streets are filled with the abandoned infrastructure of the past. Each pipe, drain and cable is a physical reminder of how we have developed, and how fast. Last week’s release of the Future Homes Standard and the accompanying Part L consultation marks a step change in how the UK will heat its homes. This is the beginning of the end for natural gas. The updated Building Regulations will finally align the decarbonisation of the electricity grid with the moral and legal imperative to decarbonise our homes and our lives.

Not long ago, using coal-gas for lighting was a marvel, then it was normal, then obsolete

Since 2012 the UK electricity grid has decarbonised by roughly 40%, coal-fired power has been all but turned off, there has been a steady growth of renewables and an overall reduction in electricity demand as it is used more efficiently.

This trend will continue. Since 2017 the Merseyside coast has given a striking view of wind turbines bigger than the London Eye. It was recently announced turbines with 50% higher output are on their way to the North Sea; the rate of improvement is staggering and there is no indication that it is slowing down as nuclear energy and interconnectors to the low-carbon renewable energy of other countries also gather pace.

The latter is arguably the most significant as it not only allows near-zero carbon hydroelectricity generated in the Norwegian fjords to flow into the UK but also enables the very same fjords to be used as gravitational batteries, storing the excess electricity that we generate when our wind power exceeds our needs.

These developments should fill us all with optimism, but scepticism often overrides the evidence: “It will be too expensive”, “What will we do with the gas grid?”

Not long ago, using coal-gas for lighting was a marvel, then it was normal, then obsolete. Along came electricity and within a few decades this ubiquitous way to move energy was forgotten as a quaint moment in history and the pipework left as a relic. The replacement of coal with natural gas was also a marvel; the sulphurous coal smog of the early 20th century was made criminal only after natural gas was readily available and affordable. Gas has been synonymous with heat ever since, but now begins its journey to obsolescence.

The revised Part L will steer new homes to use heat pumps to provide heat, efficient use of decarbonised electricity being the main tool to reduce emissions by 75-80% from current levels in 2025. At first many will marvel at how they produce heat from thin air (or water). Not long after they will be normal and cheap; once investors have their returns from renewables projects the marginal costs are close to nothing. The regulations are simply accelerating the inevitable energy transition: we should embrace their role in averting the climate crisis.

Many are already asserting that Part L doesn’t go far enough, or quickly enough. They say that to respond to the climate emergency we have no alternative but to divert more effort and resource at making all new homes exemplary. The environmentalist in me is entirely receptive to this view but as an optimistic realist I can see the need to align our environmental aspiration with the housing need, economic and political reality as well as market inertia.

Part L doesn’t apply to the many poorly performing homes that already exist where more immediate impact could be made. However, these proposals are a giant leap in the right direction. They will bring about change and help create a heat pump supply chain that can serve the retrofit agenda by electrifying heat for all of us.

We in the construction industry need to recognise our role in meeting the 2050 Net Zero Carbon law and embrace this change, if we manage to go faster than expected then all the better for it…

Joel Gustafsson is a partner and principal engineer at Max Fordham