The Olympics: Setting the standard 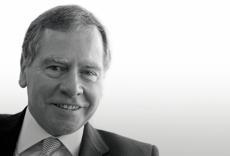 As we all know, following on from the Queen’s Diamond Jubilee celebrations, in just over a month the eyes of the world will be once again the UK and London with the world’s most watched event, the Olympic and Paralympic Games.

The latter has already been a “triumph” for the UK construction and engineering industry, with the planning, designing and the managing of an enormous and complex array of facilities, delivered on or ahead of time and within budget.

And while it will be a pleasure to see our industry gain some hard earned plaudits, it is vital with the first Government Construction Summit on the horizon that we learn from that experience via the Legacy Learning programme and other mechanisms for the benefit of major infrastructure developments in the future.

There are two vital ingredients for success that are firmly in the hands of a client right at the outset of any new programme, which the Olympic Delivery Authority (ODA) grasped wholeheartedly - and are a blueprint for the future.

First, are clients prepared to get help quickly and secondly, are they really aiming to be a “client of choice”?

The ODA wanted to be a ‘client of choice’. It listened carefully to the industry and stakeholders to understand their aspirations and set out how they might be met

In the case of the ODA, a swift decision was made to get in help immediately in the form of a delivery partner who quickly provided tried and tested programme and project management capability. This then allowed the ODA to be a small, intelligent client, setting policy, direction and managing externally facing communications with a multitude of stakeholders. This is absolutely an approach that we can learn from and could use on future schemes.

In addition, the ODA wanted to be a “client of choice”. It listened carefully to the industry and stakeholders to understand their aspirations and set out how they might be met. These then became enshrined in the six 2012 Construction Commitments. This approach can provide a clear and significant platform for successful outcomes on a raft of future infrastructure projects, as can be seen in the commitments themselves.

The first commitment was client leadership. Lead from the front by setting a clear and understood agenda, by creating and fostering an “environment for success” where all participants, corporate and personal, can give their best. The same desire should be at the heart of all of our national infrastructure developments.

Secondly, procurement and integration. The focus would be on value not just lowest cost by using a balanced scorecard assessment process, taking account of time and cost but also health and safety, sustainability, employment, training and other priority themes. This was backed up by simple rules. For example, before going to the market there had to be an advanced design signed off by stakeholders, an approved business case and market testing by the industry.

Early engagement with industry and a collaborative approach where constructors are rewarded for high performance are important drivers for not only remaining within budget but saving many hundreds of millions of pounds on large-scale programmes.

The third commitment was to design quality which should be creative, sustainable and deliverable, representing value for money.

Sustainability was the fourth key undertaking. This covered a wide variety of issues from a lower carbon approach to recycling and regeneration. The human side is equally important, whether it is bringing hope and opportunity to the unemployed, improving skills through training and apprentice schemes and giving something tangible back to the communities in which we operate.

If we maintain a strong commitment to people, our fifth element, by working closely with the trade union representatives, then we encourage a more engaged productive workforce. And this is not just talk, it is very real. At the start of the Olympic project, it was estimated that the peak labour force would be between 15,000 and 18,000. In reality, at its height the workforce was considerably lower at 12,500 with little demonstrable waste, virtually no rework and excellent quality, allowing major savings on support and logistics operations.

Finally, and most importantly, was a commitment to health, safety and welfare, everyone goes home safe at night. A collective approach was adopted across the contractors and their supply chains allowing them to deliver agreed objectives to suit their corporate cultures but united in a common purpose.

The construction industry in this country is world class and is recognised as such around the globe. Perhaps this time we can learn from our successes on the Olympic project, rather than looking to our mistakes, to see evidence of the public and private sectors working together to create a blueprint for delivering the UK’s major infrastructure programmes to the high standards we want and should expect.