The property crash did wonders for women

As in wartime, crises allow women to rise to top roles – and excel there 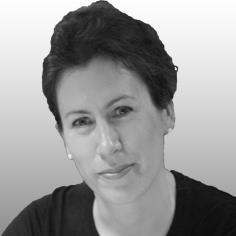 “How can you possibly work at a senior level with a three-year-old child,’” I was recently asked.

Happily, having had two children, 10 years apart, I can tell you that comments like this in construction and property are far less common than in 2003.

The reason? I believe that we have the recession, construction and property crashes to thank.

Not much good emerged from 2008-2011, but as in the First World War, a great crisis has triggered a burst of meritocracy in built environment boardrooms across the UK.

While men ran around panicking, women just carried on doing what they do very well: managing by consensus, taking tough but sensible decisions, adapting.

There hasn’t been a great change in female executives’ working behaviour – but its value has come to the fore.

I now believe that not only have we turned a corner to emerge from recession but we are also gaining a steady momentum in establishing senior women in the construction and property worlds.

Collette is a commanding leader in a London office market still dominated by men and is now branching out to oversee a major residential development programme focussed on Land Securities’ Victoria estate.

Sheila King has a fantastic grasp of retail leasing trends, understanding better than most the force of international brands in the UK market, and Ruby is the most striking success of all.

Having joined Mitie as finance director in 2002, and become chief executive in 2007, she has overseen a £1.5bn rise in the group’s turnover despite the recession. In 2012, turnover rose past £2bn for the first time.

While Collette, Sheila and Ruby are familiar names, though, a new female name is about to make a big impact on the business scene.

Watch out for Alderman Fiona Woolf, a partner at law firm CMS Cameron McKenna specialising in infrastructure projects and electricity reforms – who is due to become only the second female Lord Mayor of London in November this year.

I attended a talk organised by charity Plan UK given by Fiona in May, and was hugely impressed by her passion for cities, introducing electoral reform and infrastructure in countries far removed from the traditional lawyer’s comfort zone of the UK.

Having advised 28 governments in Asia, the Middle East, Africa and Central and Eastern Europe, as well as the World Bank, Fiona can claim some credit for changing the lives of thousands of people in these parts of the world.