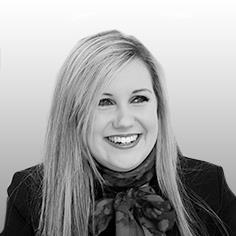 What do an old noisy speedway track in the Suffolk countryside and a modern city centre development have in common? The answer is that both could give rise to claims in private nuisance, and although the recent Supreme Court decision in Lawrence and another vs Fen Tigers Ltd and others [2014] was concerned with the noise from a speedway stadium in Suffolk, it is the likely impact on urban development that is of particular interest to developers.

Whether a neighbour makes a claim that a development is causing noise nuisance or that nuisance has been caused by interference with their rights of light, the risk of an injunction putting a stop to the use or requiring a building to be remodelled is of huge concern for developers.

The court has the power to award damages instead of an injunction in any case, including in a case of nuisance.

A series of recent high-profile rights of light cases (such as Regan vs Paul and HKRUK II (CHC) Limited vs Heaney) awarded injunctions rather than the payment of damages. These cases were determined having regard to the Shelfer test. This “good working rule” put forward by Lord Justice Smith in Shelfer vs City of London Electric Lighting Company provides that if the following four elements are present, damages instead of an injunction may be given:

Recent Court of Appeal decisions, as Lord Neuberger points out in Lawrence, seem to have assumed that unless all four elements are present, an injunction cannot be refused. The award of damages instead of an injunction would only be awarded in “very exceptional circumstances”.

The Supreme Court criticised the “slavish” observation of the “out of date” Shelfer test by the courts. Lord Neuberger stated that the courts should adopt a more flexible stance and consider damages as a remedy even where one or more of the four elements in Shelfer were not present.

The power to award damages instead of an injunction “involves a classic exercise of discretion, which should not, as a matter of principle, be fettered”.

Although the starting point remains that an injunction should be granted, and the defendant has to show why it should not be granted, the defendant’s task should now be easier. The court should not have “an inclination either way… The outcome should depend on all of the evidence and arguments”.

Where all four criteria laid down in Shelfer are present, Lord Neuberger stated that it would usually be correct to refuse an injunction (damages being a more appropriate remedy) but, conversely, an injunction should not automatically be granted just because they are not all present.

The courts may now take into account matters of public interest - for example, where a proposed development may ease housing demand or employ large numbers of people. The judgment represents a progressive approach to determining the appropriate remedy.

The decision also includes comment on the weight to be given to the existence of planning permission for a development. Although the judges had differing views, the award of a planning permission may be viewed as a further indication that an injunction might be disproportionate.

Lord Sumption even argued that “it may well be that an injunction should… not be granted in a case where a use of land to which objection is taken requires and receives planning permission”. No doubt the law will develop in this area when these issues arise in future disputes.

In Lawrence, the speedway operator raised the argument that damages would be the appropriate remedy for the first time before the Supreme Court. Developers should make this argument early on, and compile evidence of how they are addressing the issue of nuisance to neighbours. Developers should also seek to act fairly and not in an “unneighbourly spirit” to have the greatest chance of damages rather than an injunction being awarded.

Landowners who stand to suffer a nuisance will remain able to claim damages and/or seek an injunction, but the knowledge that a court will not automatically grant an injunction should make it easier for the parties to negotiate a fee for release of rights with greater certainty.

The balance of power at the negotiating table may well be shifting in favour of developers.