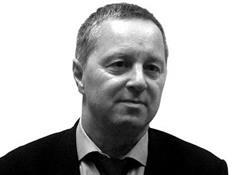 Part I of this blog looked at the need to boost construction and the huge benefits the nation gains from focusing on job-intensive work.

Now we’ll look at how else we might boost construction to generate economic growth and, interestingly, reduce the deficit.

But before that it’s worth noting that favouring job-intensive construction is not just about where to channel public spending.

It’s also about how government frames policy and incentives.Yesterday I received a tweet putting the case for cutting VAT to 5% on repair and maintenance. Before dismissing this as a multi-billion pound loss to the Exchequer, the Government should look longer and harder at its policy on VAT on home repairs.

Why? Because even crude calculations, such as the ones I did this morning, throw up some interesting numbers.

If we look at the £15 billion private housing repair and maintenance market we can estimate that it employs between 300,000 and 400,000 workers. And taking figures from the Office for National Statistics ASHE pay survey the average pay is around £20,000 to £25,000 a year.

The cost to the homeowner is obviously £18 billion once £3 billion of VAT is paid (ignoring the black market).

Cut VAT to 5% and, assuming homeowners continue to spend £18 billion, the actual work increases and more people are employed. This would provide savings in benefits and gains in employment taxes of near-on half the amount lost to the Treasury in VAT.

If, say, people saw this as a temporary measure they may boost spending immediately. They would have to increase their spending by just 15% to 20% before the gains in employment taxes and reductions in benefits start to outweigh the losses in VAT to the Treasury.

OK, so much for job-intensive construction, but what else?

Well, we have seen that the case to build more and build it now is easily argued. And it appears that the immediate problem is cash. So we have to find some.

The trouble is private sector money is in short supply and UK construction doesn’t look that attractive in the global shop window for investors.

And the government is committed to cutting capital spending as part of its deficit reduction programme.

Encouragingly it is possible even within “austerity economics” to find mechanisms to boost construction spending. The Green Deal is one example of the do-now-pay-later mechanisms that can boost employment in recessions. It’s just a shame that it has got so complicated.

The good news is that this administration appears amenable to considering innovative financing, despite association with the “weapons of mass destruction” that are blamed for getting us into this mess.

But the government has to look harder and better understand the construction industry and the assets it produces.

So how can rethinking financing help?

Despite on one hand appearing to be amenable to financial innovation, the government regularly compares its spending and saving with those of households or businesses. That’s silly and extremely unhelpful.

For a start, private firms don’t directly benefit from the taxes paid by workers they employ or face the ongoing burden of welfare payments for workers they sack. Government does. More worrying from a construction perspective is that neither the government nor its immediate advisers appear to fully appreciate how financial models for funding construction can play with time, value and ownership in neat ways that are not really possible for other business sectors.

Built assets – homes, roads, bridges, hospitals, schools, theatres – last a long time. Unlike most consumer goods they can be sold and resold far into the future. Many if not most can be traded across the public, not-for-profit and private sectors. Furthermore, many built assets increase in value over time.

This opens up all sorts of non-traditional options for funding and importantly it increases the scope for funding construction differently in a recession than in a boom.

How should Government think differently about funding construction in a recession?

In a recession the government, as we saw in Part I, can in effect buy labour at about a third of its actual cost. This is brilliant and means it can buy construction at effective discounts of say 40%, if it picks the right kind of construction.

And if it spends more, much of the extra money in the pockets of those employed gets spent in shops, pubs and the like and boosts local economies across the nation.

But the really neat thing is that you can build a home or an office, sports arena, or regenerate a building at a huge effective discount and then sell it when the economy picks up. By then the asset may quite possibly have increased in value and could be sold at a “profit” to the private sector, not-for-profit sector or public sector bodies, depending on the political view and what was built.

The fruits of construction – houses, offices, whatever – in effect become stores of cheaply-bought labour. The workers end up with the going rate of pay, but the cost to the Treasury is far less because it is liberated of benefit payments and instead collects taxes.

OK the system wouldn’t be perfect, there’d be migration of employment from other industries and other countries and some increase in labour cost. But the overwhelming effect, when taking account of economic multipliers, should be to the benefit of the Treasury. That leaves aside the other social benefits that would accrue to the nation.

This opportunity for gain is not open to the private sector developers as we have said before. This means the Treasury could fund projects “profitably” which would result in huge losses if they were taken on by private sector firms.

So what’s stopping the Government filling its boots?

There are plenty of technical reasons and the Treasury is not known for taking a holistic approach. But the biggest hurdle is fear over the deficit.

Not necessarily. Staring us in the face is the ideal financial instrument, the Bank of England’s Asset Purchase Facility – colloquially known as quantitative easing.

Why buy gilts with piffling returns when there’s huge potential for profit in construction? Okay there are issues over the transmission mechanisms (in economists’ jargon) and the risk profile is different. But frankly if there’s a lack of liquidity flowing through the system I’d rather pump cash into the hands of people and businesses than into the hands of a socially if no longer technically bankrupt financial system.

By way of one example of creative financing, let me once again rehearse my QE Housing model.

The idea, as stated above, rests on building now and selling later. For the purposes of this argument it doesn’t matter to whom.

Let’s start with the Treasury establishing a public interest company – let’s call it QE Housing by way of a nod to the Queen in her jubilee year.

The remit of QE Housing is to fund and develop the construction of communities, homes, new towns, whatever is suitable. It buys public sector land in the main, it could buy private land, or there could be compulsory purchases – that’s detail. It engages or works in partnership with contractors, other developers or local businesses as is appropriate.

Through a directive from the Chancellor, the Bank of England funds the project through, let’s say, buying bonds in QE Housing to the tune of a few tens of billions of pounds through its Asset Purchase Facility. It could sell existing Gilts or electronically generate new money. These funds would be indemnified by the Treasury in the normal way.

Given the limitations on mortgage funding, the aim would be to create tenures that encourage occupants to rent now and buy later when there is more money in the system. It would also build with a view to creating purpose-built and tradable stock for institutional investors in the private rented sector. And it would build stock suitable for future social rent.

In the run up to sale the homes would collect rental income, which would cover the cost of the coupon on the bonds.

When QE Housing is fully sold off any surplus goes to the Treasury.

So we build hundreds of thousands of new homes with currently unemployed labour. People get jobs. Suppliers get clients. The housing shortage is reduced. The economy expands. And the Treasury makes a surplus. And with more homes in the system maybe house price inflation will be moderated.

OK, it is an idealised model, but you get the point.

Of course there’s a risk. The price of homes could plummet. That’s the argument made for the big margins made by house builders.

But to shelter the Treasury from a potential loss there would be effective savings of £20,000 to £30,000 on the labour used to build each home and there might be a £10,000 or so developer margin. The government might also benefit from the uplift in the land used for housing. So there is a pretty large safety net.

History also suggests that well designed, desirable communities increase in value over time. So they may be worth more by the time they are sold.  What’s more QE Housing would have a degree of latitude over when it sells its assets. So no fire sales.

Nothing is risk free, but I’d call this very low risk. And a risk worth taking given the huge beneficial impact it would have on the economy and to people’s lives.

There would of course be other potential avenues to use QE to fund construction. Housing seems to make the most sense given that we are building too little of it and because finance directly from the public sector or from the mortgage market is extremely limited. Housing is also one of the more liquid of built assets.

Most importantly government needs to understand that UK construction does not necessarily look that attractive to investors. Meanwhile it has little enough money tagged within its budgets to splash cash on construction.