The Uber effect in construction 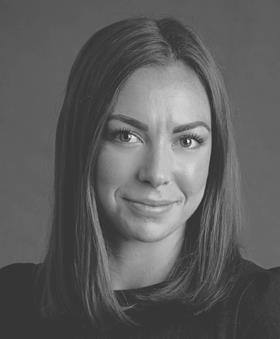 The Supreme Court has recently upheld the decisions of the Employment Tribunal, Employment Appeal Tribunal and Court of Appeal that Uber drivers are “workers” and so are entitled to various statutory rights including the right to be paid the minimum wage and holiday pay. The ramifications of this case are not limited to Uber drivers: there will be substantial knock-on effects in the broader gig economy, which can expect to be impacted in several ways. Against a background of technology disruption in the construction industry in particular, Uber may also be seen to have non-linear impacts on the sector.

Direct effects for the construction industry

Thanks to Uber, the legitimacy of self-employed classifications in the gig economy has been undermined, as the legal framework is being disrupted. Gig economy business models centre on competitive pricing and shifting risk from the provider of services to the person carrying them out (that is, from the contractor to the tradesperson) by engaging “self-employed” individuals. The problem is that that employment status classification does not mirror the shifts in the law.

Uber had tried to obfuscate the true nature of the relationship between itself and its drivers using their documentation, and in the most obvious way this serves as a reminder that employment status is not a label or a choice but is based on the nature of the employment relationship. Take the recent construction case of Harris and Kearny vs Excel Brickworkers Ltd, which examined the employment status of a foreman and bricklayer who each signed a “self-employed contract for services”. Following their dismissal without notice, the tribunal determined that the wording of the contract was irrelevant and that what mattered was the reality of the relationship between them, which was one of employer and employee with the statutory benefits that come with it.

The self-employed status of construction workers has of course also been under the spotlight of HMRC with tax reforms such as IR35 legislation for off-payroll workers, due to come into effect in April 2021. As the same employment law principles underpin IR35, while badging a contractor as “self-employed” may be seen to attract certain wage bill and tax benefits, these case law developments show more than ever that, regardless of paper or contractual classifications, if the legal tests are not satisfied, then off-payroll contractors may be classified as employed for tax purposes, too.

The main consequence of this is significant increased costs to an employer (NIC, holiday pay, pension contributions, notice pay, redundancy pay and so on) and broader concerns over construction project viability. It follows that the implementation of IR35 will necessarily involve off-payroll workers having lower take-home pay. It is inevitable that employers and construction workers will want to find ways to maintain the self-employed status of off-payroll workers and develop working practices and arrangements that back up what is on paper. The question is what those practices and arrangements could look like. Enter Uber, once again.

Beyond employment status classifications, Uber represents disruptive innovation and will probably have non-linear impacts on the industry. Uber’s central tenet is dynamic pricing that fluctuates based on driver supply and demand, commoditising drivers or their time. What happens if you switch driver for bricklayer, plumber, electrician or engineer, and can book the same on an online exchange, where they have ratings and reliable service reviews? The commoditisation of a construction worker’s time is certainly not a new concept. Time equals money in the industry and technology such as RFID and GPS monitoring on site, providing real-time access to the location and productivity of workers, has been seen to maximise efficiency and effectiveness on large-scale projects.

Apps such as Grafter have been created for ad-hoc workers and adopt an Uber-like model. These workers must declare that they are self-employed for tax purposes and sign a work agreement with Grafter when using the app. Of course, completing a self-declaration does not mean that the classification is correct, particularly in light of the Uber case and IR35. However, a pure exchange, such as an on-demand pool of resources made up of contractors, consultants and specialists in a model that allows near instant access to and turnover of construction workers on large-scale projects could perhaps circumvent these issues and may also prevent unnecessary delay and idle time. What if this could be combined on a central cloud server or exchange, with information on BIM, location monitoring, secure access, registration of personnel, and resource management?

Of course, the mechanics of achieving this on a large-scale project are quite different from booking a 15-minute car ride or handyman to fix a leak, but in an industry that is already fragmented, a quasi-Uber arrangement could be revolutionary. After all, one of the greatest vulnerabilities in the industry is the supply of labour.

Lauren Warner is an associate at Cripps Pemberton Greenish