The urge to win in court: Playing dirty

I like this recent case, Mears vs Leeds council. It’s about how legal costs are allocated. True, it’s the tailpiece in some High Court litigation, but it’s got oodles of guidance for adjudicators deciding to whom and how their fees should be shared out and for arbitrators, not only when allocating fees but also when deciding who gets lumbered with the legal costs. So, sit up adjudicators and arbitrators - straight backs, hands on heads, pay attention. Oh, one other thing - it’s a great case on how to make money out of not being awarded the building contract. But that’s by the by.

Contractor Mears was one of nine tenderers for a massive housing refurbishment contract proposed by Leeds council. It was eventually told that it didn’t score enough points to win. “How come?” it asked. Since this was a public procurement exercise, Leeds couldn’t dance around the question. The answers made Mears grumpy. The High Court decided it had lost the chance of earning overhead and profit and will soon be awarding damages. Mears said Leeds should pay its legal costs of £145,000. Leeds, however, said it required Mears to fork out £260,000 for its legal costs.

All the lawyers and the judge agreed on the rules when awarding costs. The starting point was that the unsuccessful party should pay the costs of the successful party. So, the order would confine itself, usually, to which party lost. If, as often happens, each party has claims and says the balance is owing in its favour, the party that receives payment should generally be characterised as the winner. Since Mears is expecting a whopper of a cheque for its loss of the chance to make a bob or two in Leeds, it said it was the winner and wanted its costs. Ah no, said Leeds, the test was who was “successful”. Leeds said it was successful for a variety of technical reasons - in particular, because Mears failed to stop Leeds placing the housing contract elsewhere.

The judge decided, I suspect without much ado, that Mears won, Leeds lost, Mears will have its legal costs … as the starting point.

Then there were what lawyers call “costs following the event”. The event here was whether the public procurement rules were properly deployed. They were not. Once the “event” was fathomed, the next task was for the dispute decider to exercise judicial discretion over whether to make a different order from the winner having all his reasonable costs. This area of thinking is aimed at the ordinary enthusiasm of people and their lawyers to “win”. The urge to beat the opponent coaxes folk to lift every stone and let creepy crawlies come out. They hurl arguments and shout at the other side and are mown down. No one cares, as long as they win. Ah, but the tribunal does care. Run bum points or even good points that lose and watch your 100% winning whittle away.

The urge to beat the opponent coaxes folk to lift every stone and let creepy crawlies come out. They hurl arguments and shout and are mown down. No one cares, as long as they win

Leeds whittled. Mears was not unreasonable in what heads of claim it ran; it’s just that time and again it lost to Leeds’ better arguments, but only on those incursions. Mears was, at base, always the overall winner. Leeds got points for the goals it scored. Mears scored more goals. Then the discretion focuses on party conduct. Mears complained about the way Leeds behaved. Leeds said similar about Mears. One side complained that the other changed its case, ran new arguments, were late, the other side went on about time-bar clauses, want of disclosure, resistance to disclosure, need for undertakings and ran weak arguments. Mears had to work on Leeds to get the cat out of the bag on the way it dealt with the procurement process. Also, it complained about the way Leeds responded to Mears contentions. Apart from goal scoring and point-winning, the tribunal weighs up how pretty the performance was of each side. The judge in this case decided there wasn’t anything in the conduct that affected what would otherwise be the appropriate order for costs. But watch out. “Conduct” is a subjective area. Arbitrators and adjudicators might not quite have the same patience as a full-time judge and discount a party’s costs because play on the pitch was rough.

There is no simple formula for establishing the costs award. The decision is, to some extent, impressionable said the judge. Leeds will pay all its own costs and pay 35% of Mears’ costs. 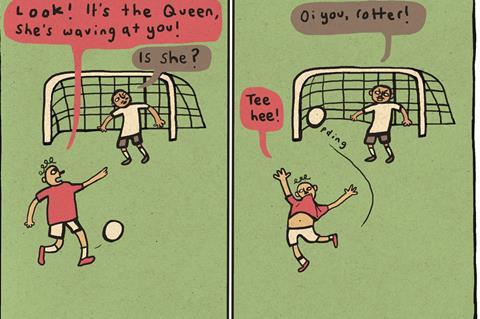