They don’t know what they’ve built 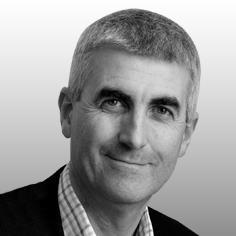 I should have realised “early doors” that the builder of my brand new Code for Sustainable Homes level three flat was not really too concerned about what they had built.  They couldn’t tell me if the solar array was solar PV or thermal when asked.

Having taken possession, and checked what we could before the sky darkened over our new home on that first night, we immediately noticed a fault in the design. No light switch for the living room! It was quickly found however … in the hallway.

This quirkiness of design rapidly became a trend; we noticed we couldn’t operate the kitchen extractor fan from within the kitchen. This switch took a bit more finding, as it was located in the airing cupboard, (where else?). An unmarked two speed light switch operates the fan. The manual advises you to leave the fan operating in low speed at all times to ventilate the bathrooms, but if you’re cooking the fan needs to be on a high speed (so you have to walk out the kitchen and make the switch, not very high tech. Invariably we forget to switch it back to low speed after cooking, so wasting energy. I made a note to get that changed; Building Regulations require local switching of fans.

After one night we also abandoned the fan running constantly on low speed, it’s far too noisy to sleep with it on.

We noticed we couldn’t operate the kitchen extractor fan from within the kitchen. This switch took a bit more finding, as it was located in the airing cupboard, (where else?)

I checked the instruction manual for the fan and became more puzzled as the manual was for a MVHR (mechanical ventilation heat recovery) model, which are very efficient and save lots of energy by recovering around 90% of the heat extracted. I could see the extract side but no supply air ducts; the system should balance supply and extract air. I queried this with customer support; “I’ll get back to you on that”. Two weeks later, the reply was, “we’ve issued you the wrong manual in error”. The correct manual was dispatched but took months to arrive.

This got me thinking and having checked the energy performance certificate (EPC) in the flat manual I thought I’d like to see the SAP calculation. If the MVHR was used in that calculation it would produce a much better result than straightforward extract. This is after all a code level three flat so dumb extract seemed wrong.

I waited a long time for the SAP calc, and had to ask for it on numerous occasions. Eventually I got one but it was marked “draft”, so I asked for the correct one. Months passed again but the second one produced was a “checklist”. I’m now getting really suspicious, because one thing I noted on the “checklist” is, that the ventilation system is described as ”balanced” indicating MVHR (straightforward extract being “unbalanced”). I therefore asked again for the correct SAP calc. That was six months ago and to date I’ve received nothing. So I know what I think the answer is.

The builder uses this tactic frequently – giving any request they don’t like the look of “a good stiff ignoring”. The other 51 residents in this block wouldn’t know a MVHR if it hit them over the head. So you will get away with this on 51 of 52 occasions. I thought if you had made a genuine mistake and supplied the wrong manual you would quickly provide the evidence within a correct SAP calculation wouldn’t you? If however you had “value engineered” out the MHVR somewhere between planning approval and build, you have made 52 savings on fans, ductwork, louvres and labour. It all adds up.

I said in the first article that the housebuilder sold me a Volkswagen and delivered a Skoda. The building designed for planning did not translate into the finished article and the builder does not have accurate enough records of the changes. Or perhaps they do, but to produce them would prove what I can only currently surmise. I’m more inclined to believe they don’t know what they’ve built, and worse, don’t much care.