Thorns in the green shoots

Contractors are still using some of the dirty tricks they learned in the depths of recession to squeeze supply chains. But they may not get away with it for much longer 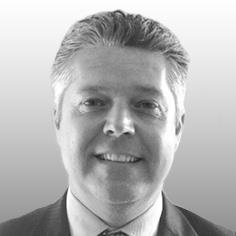 Back in July Ann Minogue reflected on the damaged legal and commercial landscape since the crash of 2007, and noted that some green shoots are hopefully emerging (The remains of the day, 19 July, page 39).

While there is no doubt that the industry as a whole shares such sentiment and hope, it must be remembered that many companies are trying to survive merely on the hope of next year’s profits, and hoping that they will still be around to benefit from these green shoots.

Quite how main contractors think they are entitled to make liquidated damages a profit centre is beyond me, and it certainly isn’t an approach taught at “surveyor school”

Main contractors currently are fighting for business survival or stock market approval and therefore their supply chain continues to be financially battered. So, yes, green shoots, but beware of the contractual thorns of existing recession-induced practices that will no doubt continue, at least in the short to medium term.

One particularly novel trick I have seen grow in use recently is the issuing of additional works via a new short form order rather than simply a variation to the main subcontract. The sum is subsequently not paid for some spurious reason and a dispute is crystallized. However, being a stand-alone contract, each one would individually have to be brought to adjudication, which is often cost prohibitive with no recovery of the nomination fee or referral costs – even if successful.

On a similar theme, but less scientific, is simply holding back the last £X,000 against each subcontractor on a project. The subcontractor – fearful of generating a dispute and therefore falling off the main contractor’s approved list (let alone the risk and cost of formal recovery) – will often take the hit and simply move on.

By no means will every subcontractor accept such abuse of leverage against them, but even a few across a main contractor’s portfolio can give a quick fix to both its cash flow and end-of-year accounts.

The recent change to the Construction Act in respect of retentions has seen some subcontracts produced with the final moiety not being released for two to three years after completion. One account I am currently looking at only releases 10% of the retention sum in the first instance rather than the typical 50%, and this is with the government as the end user.

I suspect the threat of telling the client what they are doing to their supply chain will quickly correct this misdemeanor, which is being carried out by a tier 1 main contractor.

Quite how main contractors think they are entitled to make liquidated damages a profit centre is beyond me, and it certainly isn’t an approach taught at “surveyor school”, as far as I am aware.

Having provided services for multiple subcontractors on the same project, I have experienced client-levied damages to the main contractor being fully levied to four separate subcontractor accounts.

This wasn’t a “man and van” working from his garage but another tier 1 main contractor.

While the illegal and/or morally unjust practices detailed above make grim reading, all is not lost for the supply chain. Often such actions are caused by main contractor red-ink-drenched internal cost value comparisons (CVC) leading to such desperate actions. In their haste to remedy the financial position of the project by whatever means, often technical breaches occur.

Additionally, the use of “pre-action letters” is effective, particularly when directed towards the financial director who does not want a county court judgment affecting the business credit rating.

Equally, the escalation of the unethical practices to the main contractor’s senior management team often leads to financial submission by them. It is very difficult for them to support these actions when they are trying to promote the company’s values (which flies in the face of these actions).

In conclusion, I would urge the supply chain always to seek advice if they feel they are being mistreated. Usually there is a way to bring the situation to a satisfactory conclusion.

And to those main contractors who have used the recession to weigh down the scales of justice in their favour, a warning – the supply chain will be leaner and stronger as we collectively emerge out of recession, and as the dynamics of supply and demand shift, you might just find that you will need them more than they currently need you.

Gary Sinden is the director of G Sinden Consult