Time to return to Libya 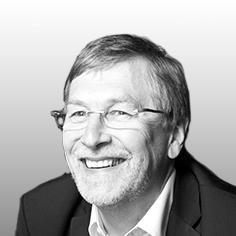 A welcoming smile and only five minutes to cover what used to be the lengthy ordeal of passing through customs at Tripoli airport. These were the first noticeable differences in the “new” Libya when I visited recently. However, as I soon discovered, many other things Libyan remain much the same. For example, the traffic is as chaotic as ever, in spite of the efforts of plucky volunteers who supplement the police force by manning Tripoli’s key roundabouts in an attempt to keep the ever increasing volume of traffic on the move.

Over the next decade, Libya seems likely to become one of the biggest growth areas for architecture and construction, certainly within a three-hour flight time of London. It has wealth and, after 42 years of oppression, there is undoubtedly a desperate need for new infrastructure across almost every sector – healthcare, education, transport and commercial buildings.

However, substantial difficulties are delaying the redevelopment process primarily due to political and organisational issues. The new interim government faces immense challenges. Not only does it have to undertake the fundamental task of agreeing a constitution which will become the cornerstone of Libya’s laws, but it also needs to bring together the various tribal factions which occupy different parts of this vast country. Many of this retained weaponry acquired during the uprising two years ago is now in the hands of militias, which makes road travel outside Tripoli potentially dangerous, especially if you are using an expensive vehicle!

Dining under the stars alongside the magnificent floodlit Marcus Aurelius Arch, your meal will no doubt be interrupted at some point by the competing calls to prayer

Furthermore, as happened in Eastern Europe after the downfall of communism, it will take time to bring about cultural change after such a long period of oppression. I number Libyans among the friendliest and most easy-going people that I have encountered anywhere, but it is not easy for them to adjust to a new context and learn new ways which will facilitate change. Patience is needed. Hopefully frustration will not set in too much before real change happens and things get moving again.

In the meantime, the opportunity remains to enjoy the delights of Tripoli’s Al-Athar restaurant and order an algarra – a stew of lamb, fish or camel slow cooked in earthenware jars and theatrically broken open at the table by your waiter. Dining under the stars alongside the magnificent floodlit Marcus Aurelius Arch, your meal will no doubt be interrupted at some point by the competing calls to prayer from the two mosques at either end of the square. Maybe there will also be the whoops and cheers of a crowd gathered around a makeshift street cinema in an opposite corner of the square to watch Manchester United’s latest European exploits, as happened during my visit when news also came that the Russian Embassy in Tripoli was under siege (a short distance from our hotel!).

Life in Libya is not dull at present. Navigating a route back to the airport through Tripoli was complicated by the commencement of Saif Gaddafi’s trial in the city and then came the news that the president had been kidnapped…