Two years on, what do we know about public procurement and construction dispute resolution post-Brexit?

The precise future of public procurement in the UK remains uncertain. But in the words of the well-worn wartime propaganda message, perhaps we should keep calm and carry on? 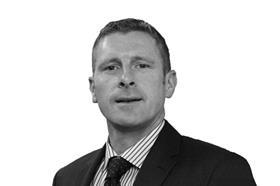 Arguably one of the areas most likely to affect UK construction post-Brexit is that of public procurement. This is a subject which affects many of us in the construction sector – but what’s likely to happen and what do we know so far?

The rules for procurement affect things as diverse as changing plugs in prisons and constructing power stations. The present UK regulations exist in a few places. They include the Public Contracts Regulations 2015, the Utilities Regulations 2016 and related regulations. They are the implementation into UK law of several EU directives.

As with most EU regulations, the UK influenced their formulation and determined their implementation into UK law. However, the rules also typify the legislation that many “Brexiters” were most upset by. During the referendum, it was argued by some in the leave campaign that EU rules cost UK taxpayers £1.6 billion and 1.9 labour days each year.

Nevertheless, the rules we have play an important role in the success of UK plc. Without confidence that public contracts are awarded fairly, the risk is that foreign businesses will be discouraged from investing in the UK. The ability to trade fairly, and challenge an unfair deal is often noted as a key selling point of our legal system.

We know now that there will be a transition period beyond March 2019 until at least the end of 2020. It is anticipated procurement will remain largely unchanged during that time. The agreement made at Chequers recently suggests that the current system is unlikely to alter much thereafter either. However, subsequent to the Chequers agreement much has already changed. The EU’s chief negotiator has rejected Mrs May’s attempts to preserve frictionless trade. Much is likely to depend on what can be negotiated by this (or the next) government.

Since the decision to leave in June 2016, there have been a total of two announcements from the Department for Exiting the EU which refer to procurement.

One of the two statements was from former Foreign Secretary Boris Johnson, who stated:

“We can simplify planning, and speed up public procurement, and perhaps we would then be faster in building the homes young people need”

It’s perhaps something of a leap from changing public sector procurement to faster house building. But it is at least indicative that such issues exist in the minds of politicians.

The commitment to keeping trade free between North and South Ireland, seems to imply that to some extent there will be parity in procurement rules. The EU Procurement Directive would not be mandatory, but it is likely that something similar would exist if the UK negotiates a series of trade deals with member states.

What about the rest of the world? The WTO we’ve all heard so much about? The Government Procurement Agreement (the GPA) comes from the WTO and involves 46 of the largest global economies. As we’re currently part of the EU, we’re part of the Agreement. But should that change and we end up working to WTO rules, the GPA allows signatories to procure with each other. The GPA contains detailed procurement rules. The rules, unsurprisingly, are not dissimilar to those in the EU Directive.

What if something goes wrong? How will we resolve disputes? At the moment, in relation to procurement, the primary route to resolution is through court proceedings. The process is complex, so requires a good lawyer. However, a fundamental change, and one that seems quite certain, is that the highest court will be our Supreme Court.

At present decisions which relate to EU law can be challenged beyond the UK in the European Court of Justice. This includes not just procurement, but also such things as harmonised technical standards (as in the Irish ‘pyrite’ cases) and employment rules (as seen in the Lindsey Oil Refinery dispute).

So in that sense at least, we will have ‘taken back control’. Any construction dispute that was subject to litigation had the potential, if a matter of EU law was at issue, to end up in the ECJ. That will no longer be the case.

The precise future of public procurement in the UK remains uncertain. Nevertheless, it seems certain there will always be a set of rules which govern the awarding of public contracts in the UK. In the words of the well-worn wartime propaganda message, perhaps we should keep calm and carry on?