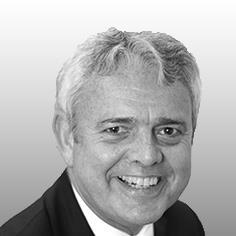 The University of Brighton (“the University”) contracted with Dovehouse Interiors Limited (“Dovehouse”) to fit out the university centre. The contract sum was just over £2.5m. The form of contract was an amended JCT Intermediate Building Contract which provided at clause 1.9 that the Final Certificate would be conclusive evidence of the amount due to Dovehouse save in respect of any claims raised in adjudication, arbitration or other proceedings commenced within 28 days of the Final Certificate. The contract provided for nomination of an adjudicator by the president or vice president of the Chartered Institute of Arbitrators and the scheme was to apply.

The fit out works were completed three months late. Dovehouse applied for a full extension of time and claimed over £3.6m. On 9 December 2013 the contract administrator issued a final certificate with a gross valuation of £2.1m and the University served its payment notice on 12 December 2013.
Both sides recognised that 28 days would be insufficient to negotiate a settlement and agreed to extend time by 66 days to expire on 14 February 2014. No settlement was reached and on 13 February 2014 Dovehouse served a notice of adjudication. The notice incorrectly stated that the nominating body was the RICS and Dovehouse forwarded the notice to the RICS when requesting an appointment. The Notice was also incorrect in that the address given for the University was not the address for service set out in the contract but it was common ground that the notice was received by the University on 13 February 2014.

The RICS appointed an adjudicator on 19 February and the referral was sent to him on 20 February. However, on 21 February the adjudicator resigned having realised that the correct nominating body was not the RICS. On 24 February 2014 Dovehouse issued a revised notice seeking an appointment by the president or vice President of the Chartered Institute of Arbitrators.

The University issued Part 8 proceedings seeking a declaration that in accordance with clause 1.9, the final certificate was conclusive as to the amount due to Dovehouse.

Where there was no requirement to identify the nominating body in the notice, the judge concluded that the references to the RICS did not invalidate the notice. Equally, the failure to serve on the correct address for the University was not fatal because the contract entitled the parties to serve a notice by any effective means and it was not disputed that the University had received the Notice on 13 February.

The judge approached the main issue as a matter of contract construction. He decided that the University’s construction of clause 1.9 did not accord with commercial common sense where amongst other things it would reduce to 14 days the period available to the contractor for reflection following the issue of the final certificate. The judge said that it could not have been the intention that clause 1.9 would operate so as to debar the contractor from challenging the final certificate if the referral was not served in time for reasons beyond the control of the parties. Hence the judge followed previous authority to the effect that an adjudication commences with the issue of the Notice.

The errors on the face of the notice concerning the nominating body and the address for service were not sufficiently material to prevent the notice dated 13 February 2014 from achieving its substantive purpose.

This decision illustrates the importance of following the terms of the contract (and the scheme if appropriate) when commencing adjudication, all the more so when the expiry of a time bar is imminent. Had Dovehouse not made what can only be regarded as basic errors when drafting the notice, these Court proceedings could have been avoided.