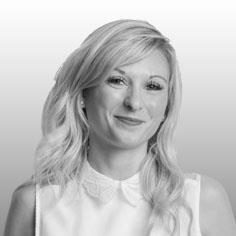 The UK construction industry is possibly the most traditional of traditional industries. This is an industry that has been quick to say, ‘We’ve always done it that way’ and instead of dipping its toe in the bubbling waters of innovation has, in the main, prefers the tried and tested.

In fairness, it hasn’t all been about resistance from the industry itself. The money men should put their hands up and admit their unwillingness to accept any sort of perceived risk has stifled the take up of new technology within the construction sector. But times are changing and they must. The industry is in the middle of a skills crisis, which with the advent of Brexit is only likely to become more acute.

This is where technology can step in. If we can’t attract more skilled staff into the sector or train up enough apprentices in time to make a dent in those targets then we will have to utilise our existing expertise more efficiently. What is the point in tying up skilled engineers for a few days carrying out pre-and post-construction site surveys when the whole thing can be done in a couple of passes of a drone?

As well as training up a gang of bricklayers, why not help make the ones we do have more efficient and work more healthily by using some form of automation? There are already examples of these robot bricklayers working on sites across the US and capable of laying five times the average of their human peers. They still need brickies working alongside them to clean and strike the joints but really, how long can we ignore those sorts of efficiencies?

Thankfully the industry is starting to wake up to the fact that it needs to embrace the 21st Century – and beyond to the 22nd. Now companies are looking from beyond the realms of the construction sector to import technology that could be useful. One major civil engineering contractor is using computer technology imported from the world of physics to more accurately predict the strength-gain of concrete after it has been poured. By using this technology, the contractor’s teams can save time and improve site efficiency by stripping formwork earlier in the construction process. The time gains are significant.

Others are looking at importing developments in the use of sensors to improve the health and safety of their existing workforce. They are looking at trialling site safety helmets fitted with sensors that indicate when a worker is tired and ready for a break. A tired worker is an unsafe worker and so it makes sense to protect that worker - and those working alongside – from the effects of fatigue.

The construction industry has done well over the last 10 years to accept and embrace the use of Building Information Modelling but there are still so many untapped areas for the industry to exploit. Energy efficient design, analytics and cloud computing, robotics and automation, machine learning and data mining, open data and social media.

The toolboxes of yesterday’s sites will be very different to those of tomorrow.