Walkie Talkie: The danger of innovation

Pioneering designs can lead to monumental headaches, as the team behind 20 Fenchurch Street will be well aware 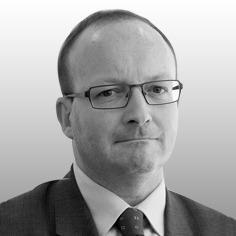 Cor phew! There’s rarely been a hotter silly season story than this week’s “The Walkie Scorchie melted my Jag”. With most kids still on holiday, the image of Land Securities’ £500m Walkie Talkie focusing solar rays on the Square Mile was an unexpected godsend during the annual news famine.

The most distinctive feature of 20 Fenchurch Street, being developed by Land Sec and Canary Wharf Group, is its collection of convex and, more problematically it now emerges, concave glass walls. With the sun high on Tuesday, it started focusing the rays down onto neighbouring Eastcheap.

Within hours, the world’s media was thronging at the base of the 160m Rafael Viñoly-designed tower, surveying the damage, surveying the vast concave wall of glass and surveying themselves … surveying. What was great for journalists in this case was they didn’t even have to wait for press offices to return calls (a nightmare at this time of year). All that was needed was a camera, mike and that most important tool in the journalist’s arsenal, imagination. Thus, there were close-ups of the melted Jaguar, scorched doormats, a sizzling bicycle saddle, endless vox pops and, most enterprisingly, a journalist attempting to fry an egg under the full beam.

There are clear echoes of the nearby “Wobbly Bridge”, and, no doubt, will be the same blame game to follow. (As I recall, it was vaunted by its architects as “Norman Foster’s bridge” until it started swaying, when it became “Arup’s’ bridge”, until reverting when the engineers had sorted out the problem.)

But unlike the bridge, the great surprise was that no-one saw this coming. Any school pupil that has burned down his or her science lab will know of the dangers that can be wreaked by focusing the sun’s rays. Judging just who was responsible for missing this most basic of scientific phenomena will presumably provide a field day for lawyers. And, potentially, glazing contractors. 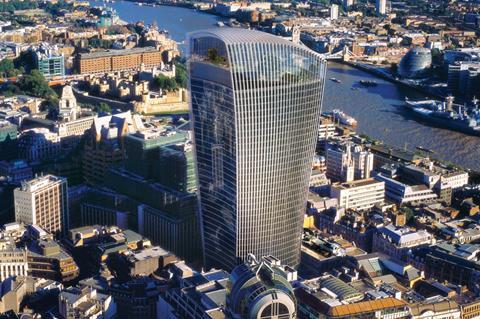 Not such a bright idea? The ‘Walkie Scorchie’ tower

The question is whether the problem can be solved with a relatively quick fix - either a spray-able or peel-able film on the south wall - or the more costly and disruptive option of an entire re-glazing of the offending south wall with low reflective glass. The former would probably cost low single digit millions, I have heard suggested, but might not be satisfactory or robust enough. My admittedly finger in the air estimate of the latter is northwards of £10m, not including potential loss of rent and claims from dislodged tenants.

A sad legacy of innovative buildings such as this, and the nearby Shard and Cheesegrater, is that pioneering designs frequently lead to monumental headaches for the developers, supply chain or both.

No doubt there will now follow a process of claim and counter-claim. Can I suggest a photo opportunity for those journalists that may doubt the veracity of any of their various press office contacts: just hold up a pair of pants at the focal point and wait for them to start smouldering.