Wanted: a post-Brexit immigration system that works for construction

Immigration changes may threaten the industry and its integral EU workers

One week of being out of the EU and arguably not much has changed. We are out, but not quite – the transition period has 11 more months to run, and in the meantime there is frantic behind-the-scenes work to figure out just how the UK will go it alone. 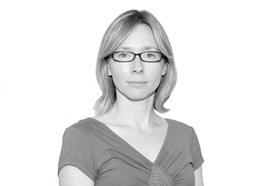 And top of the priority list for construction is devising an immigration system that is fit for purpose. The problem is that ministers and industry leaders are at odds over what that means.

The skills shortage in this industry is very real

Boris Johnson’s stance is clear: he is batting for a hard Brexit, a loose trading relationship with the EU and Britain’s right to make its own rules. Imposing restrictions on low skilled EU workers all plays into this.

By contrast, the construction industry has long lobbied for close regulatory alignment with the EU to ensure frictionless trade and access to labour from overseas. The skills shortage in this industry is very real – according to the Federation of Master Builders, more than half of firms cannot hire the bricklayers or carpenters they need.

The distance between the two positions was made clear last month when it was reported that home secretary Priti Patel opposes a points-based immigration system featuring “carve-outs” for particular industries calling for access to low-skilled workers.

Some solace could be found in the recent recommendations by the migration advisory committee which came out against a full Australian-style points system. Instead, it recommends a mixed system whereby those coming in with a job offer have to meet a minimum salary threshold, and for those with no job lined up there will be a points-based system. There was more good news from the committee which called for the salary threshold to be lowered from £30,000 to £25,600.

The sticking point, however, is that construction sites up and down the country, but particularly in London, rely on self-employed EU workers who under this system would be deemed “low skilled”. There have been calls for some time now for the low-skilled visa to be extended from 12 months to two years and to offer these workers a route to progress to a high-skilled visa once they are in the UK. So far such pleas appear to have fallen on deaf ears, so what is to be done?

Government, albeit grudgingly, is considering ways to meet the needs of construction sites

Well, the CITB – along with other industry bodies – is developing a work around, a “clearing house” that would distribute allocated visas to enable EU workers to get into the country and they would then be contracted out to construction firms in need of workers.

Key details are still to be fleshed out, such as whether the clearing house would effectively employ workers and loan them out to firms or whether firms themselves would source the labour and funnel them through the new organisation. But what is encouraging is that the government, albeit grudgingly, is considering ways to meet the needs of construction sites while also managing the flow of migrant workers. That surely is the only practical way to proceed post Brexit.