What do you mean, ‘as far as possible’? 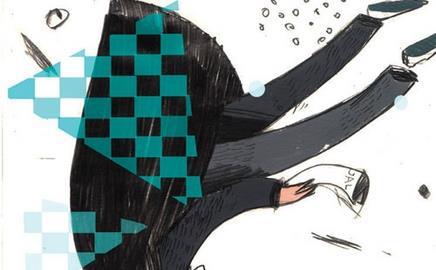 The Supreme Court has been looking at how to interpret words. It favours looking at commercial intention rather than literal meaning – but are intentions any easier to fathom?

Drafting contracts is not always easy and what is certain is that each party will seek to interpret contractual provisions in whatever way best suits its purpose. Disputes do not happen when the meaning of the words is perfectly clear, they happen when there is some ambiguity or uncertainty, which is then used by parties to argue for two different outcomes.

When it comes to interpreting contracts, Lord Hoffmann set down the rules. He did it originally in Investors Compensation Scheme vs West Bromwich and he took the opportunity more recently in Chartbrook vs Persimmon to re-assert his principles. In simple terms, it is all about what is in the contract – not what the parties may have thought they’d agreed to but what the words actually say, looked at objectively.

One of the usual arguments put forward when rowing about what words mean is that both parties used lawyers and have considered and negotiated the words in detail, which means they must have agreed to whatever the words say. This does seem to be in line with Lord Hoffmann’s reasoning, which focuses on objective meaning rather than subjective intentions. The Supreme Court, however, in one of its earliest decisions, seems to have taken the opportunity to put forward its view on how to interpret contracts.

The Sigma Finance Corporation case (29 October 2009) concerned a victim of the global financial crisis, an investment vehicle that collapsed with liabilities of about $2.6bn and only $450m in assets. The issue was the correct interpretation of a Security Trust Deed and the meaning and effect of the phrase “as far as possible” which would determine how the limited assets would be distributed. This was a complex and detailed document. Much was at stake and on the question of interpretation, the Supreme Court rejected the first instance decision, upheld by the Court of Appeal, and allowed the appeals.

In the Supreme Court, Lord Mance made the following comments: “The conclusion reached below attaches too much weight to what the courts perceived as the natural meaning of the words. I also think that caution is appropriate about the weight capable of being placed on the consideration that this was a long and carefully drafted document … even the most skilled drafters sometimes fail to see the wood for the trees …” Instead, Lord Mance suggested that interpretation is an iterative process, checking each of the rival meanings against other provisions of the documents and investigating the commercial consequences.

This was supported by Lord Collins, who expressed the view that such complex documents were bound to have ambiguities and inconsistencies and that an over-literal interpretation of one provision without regard to the whole may distort or frustrate the commercial purpose. Interestingly, he also thought that in this case the background or matrix of fact would not be very relevant, as there were many parties who were involved over a long period of time so it would be wrong to take account of circumstances not known to them. In this case, he thought the wording would be paramount and the interpretation should be based on the commercial intention. The commercial intention, however, should be inferred not only from the face of the document but also the nature of the debtor’s business.

Overall, the Supreme Court has made some eloquent statements as to how words should be interpreted. It is difficult to argue with principles emphasising commercial purpose over literal meaning, but these statements provide little help when it comes to actually identifying what is the true commercial intention. The factual background is relevant, but not in all cases and not where many parties are involved who are not aware of the background – not unlike a construction project where parties are novated and different funders get involved in different stages. Against that, it seems that the nature of one party’s business will be used to infer the commercial intention.

The challenges of such a situation are evident from the fact that the Supreme Court reached the opposite conclusion from the Court of Appeal and first instance judge. In any event, it is always worth bearing in mind what Lord Walker said in his dissenting opinion: “It is not for the court to make a new contract for experienced commercial operators advised by expert lawyers.”

What does seem clear is that this case will be added to the armoury of other cases put forward whenever interpretation is at issue. The real answer seems to be that each case is unique and there is no single set of rules which can be used to achieve certainty.

Shy Jackson is a senior associate at Pinsent Masons