What does the VAT reverse charge mean for you? 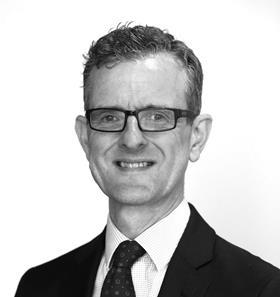 In the most significant change to the treatment of VAT in the construction industry in a generation, the VAT domestic reverse charge goes live on 1 March. The government has accordingly rejected the latest attempt by the Federation of Master Builders (FMB) and others to put a stop on this, and the additional administrative and (for some) cash flow burdens that the reverse charge will entail will need to be managed at a time when the industry is already struggling with the challenges posed by the pandemic and Brexit.

The change has been made in order to reduce “missing trader” fraud, which is estimated to result in lost VAT revenue of around £100m each year. This issue is by no means unique to the construction industry, and the direct charge has applied for some time to the sale of certain items in the UK including microchips and mobile phones. Further afield, a majority of EU member states apply their version of the domestic reverse charge to their own construction industries.

The reverse charge covers all “construction operations” as defined by the Construction Industry Scheme, from the construction, alteration, repair or demolition of buildings or structures and infrastructure such as roads, railways and waterways, to trades such as painting and decorating.

It does not apply to a range of excluded categories, among which are:

In a change to the scheme announced in July 2020, end users and intermediary suppliers are only excluded if they have notified their suppliers that they are exempt from the reverse charge. Some may choose not to do so if they would stand to gain cash flow benefits by the application of the reverse charge to their suppliers’ invoices. Provided it is clear and unambiguous, any wording can be used for the notification.

HMRC has suggested the following in their guidance: “We are an end user for the purposes of section 55A VAT Act 1994 reverse charge for building and construction services. Please issue us with a normal VAT invoice, with VAT charged at the appropriate rate. We will not account for the reverse charge.”

Under the new rules, suppliers of construction services will no longer collect VAT on their services, unless the purchasers are end users or intermediary suppliers which have notified them that they are exempt from the reverse charge. Instead, purchasers (whether at main contract level or below) are obliged to pay the VAT directly to HMRC, rather than including this in their payments to their suppliers. The opportunity is thereby denied to the suppliers for them to receive the VAT, and then to “disappear” before passing it onto HMRC.

The net effect will be a cash flow burden for subcontractors where they are no longer net payers of VAT. On the other hand, the cash flow position of main contractors should improve since they will be able to reclaim VAT on the same VAT return in which they self-account for VAT due on the construction services they have purchased.

The government recognises that implementing the reverse charge may cause some difficulties and promises that it will apply a light touch in dealing with any errors made in the first six months of the new legislation, as long as those affected try to comply with the new legislation and act in good faith.

It is vital those who have not yet geared up for the reverse charge prepare as follows, consulting their usual advisers as appropriate:

Tom Pemberton is a partner in the construction team at Goodman Derrick.