When two metres becomes one

Government is on the verge of reducing social distancing rules - those running construction sites will welcome the move, says Gleeds’ Richard Steer 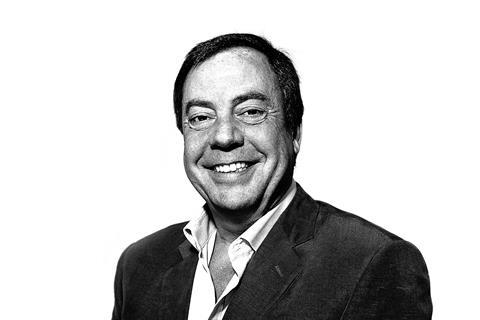 If you were to look around the world you would inevitably find yourself totally confused as to which ‘safe zone’ is most appropriate as we come out of lockdown. For the moment, here in the UK we are advised to adhere to the two meter rule. This makes operating on live building sites, in the office, and even getting to and from work a struggle for many. However for those outside of the UK I note that there are considerable differences.

In France, for instance the advice is one metre, while in the USA 1.8 metres is recommended, and in Belgium, Australia, Germany and Italy it is 1.5. How you are supposed to police 1.5 metres is something of a mystery to me, I’ll admit. Indeed, evidence on the ground related to working on site would seem to indicate that many subcontractors are already adopting a ‘business as usual’ attitude, despite advice to the contrary.

For all the signage and goodwill that permeates across the average UK building environment, it is simply impossible to keep to the requisite two metres if you are trying to cross on scaffolding boards measuring less than a quarter of that. The desire and intent to adhere to the guidance is there but practicality and a desire to get the job done makes it very hard to do so in reality.

We in the UK join Canada, Spain and Estonia in our two-metre rule but as we have been hearing in the news it seems increasingly likely that the government will conduct yet another u-turn soon and reduce the distance closer to the World Health Organisation’s recommendation of just one metre. Changes may be made in graduations to keep the scientists happy but I suspect it will be scrapped from two metres before long.

>> Construction workforce to fall 10% by September

>> The teams behind the covid-19 hospitals

In actual fact, it would appear there is very little real science to say that the two-metre rule is appropriate in an outside working environment. Leading academics from the Universities of Oxford and Dundee peer reviewed 172 studies quoted in the Lancet and found that just five had dealt with coronavirus infection relative to distance. A further analysis of 25 papers submitted to the World Health Organisation showed that a consensus indicated that avoiding contact with an infected person is the most important thing, and that a one metre distance might be beneficial, but these research papers give no indication that increasing that to two metres makes much difference.

I am a firm believer in safe is best and joined the many millions of people clapping the NHS weekly. Our teams have also been working their socks off delivering Nightingale hospitals to help deal with the crisis so I am certainly not an advocate of introducing any changes which could result in another spike in cases, putting our health care professionals at continued risk. However, I am also a pragmatist, and I am aware that our sector makes up around 8-10% of GDP and, like all other sections of the economy, we are seeing a contraction in output never before witnessed. Also the spread of infection is much reduced working in the open compared with an office environment.

Ultimately we want to be safe but also free to do our job. The government has dithered and changed its mind so often throughout the pandemic that real leadership has been hard to find. From face coverings to track and trace and from food vouchers to schools, all have seen a 360-degree reversal. That is why I believe, to quote the Spice Girls song of old, that “two will become one” in the near future.