Why the new NPPF is bad for the north 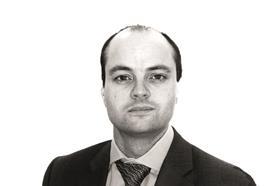 The deadline for consultation on the National Planning Policy Framework (NPPF) is looming, the proposals discussed at length and dissected by the industry. However, it seems there is one point that has been missed.

Although the headlines have so far focused on delivering housing, the proposals cover a whole range of policy areas - unfortunately, taken together, the unavoidable conclusion is that they’ll be bad for the North.

One of the critical challenges for the North is delivering the economic growth that is needed to close the gap in GVA with the South East and London. In its current form, the new NPPF could frustrate that objective.

The ‘Standard Method’ for housing need

First to consider is the less than favourable impact of the introduction of the standard method for calculating housing targets.

Currently councils use an array of methods to calculate housing targets, which produce dramatically different results. The uncertainty means that housing targets are a key area of disagreement between developers, councils and communities in the local plan process, dragging it out and diverting attention from other matters.

Economic growth is needed to close the gap in GVA with the South-east and London. In its current form, the new NPPF could frustrate that

One of the key inputs into the calculation at the moment is the intended level of job growth; it’s all well and good identifying land on which new offices and industrial units can be built, but if new jobs are to be created, those people need somewhere to live. With many northern authorities forecasting declines in the working age population without intervention, providing homes for those additional workers is critical to the success of economic regeneration.

The new standard method takes no account of that whatsoever - instead, it’s based around government housing projections (which are more a measure of demographic change) and affordability. The consequence of that is, generally speaking, higher housing targets in the South East and London, and lower ones across the North.

While councils can plan to deliver more homes than the standard method allows, inspectors will be instructed to wave those numbers through with minimal interrogation. It will therefore be difficult to test if housing targets match economic ones.

The result could be a brake on economic growth.

Also significant is the impact of the proposed reforms to the Community Infrastructure Levy (more commonly known as CIL).

In its original incarnation, CIL was about delivering the funds needed for significant infrastructure as a consequence of new development. For example, if the number of new homes proposed in a Local Plan would necessitate a new school, CIL could be used to fund it. By charging a flat amount per square metre of development, the idea was that it was transparent and would fairly distribute the costs of infrastructure across schemes of all types.

The current consultation on CIL represents a dramatic shift away from that. It is set to become a tool for “land value capture” - delivering to the state as much of the uplift in land value that results from planning permission as possible.

The consultation claims that the current system “may only have captured a small proportion of the increase in value that has occurred since 2011.” There are a number of ways the proposals seek to remedy that - instead of the charge being a flat rate based on the type of development proposed, variable rates will now be allowed that also take into account the current use of the land.

Regardless of whether you believe that philosophical change is right or wrong, it’s difficult to see how it will support the Northern Powerhouse.

The amount of money raised by CIL will be directly related to land values, so the areas with the lowest land values will raise the lowest amounts. Yet they are exactly the areas where more investment is needed. London already receives 2.6 times more transport spend per person than the North. The new approach will exacerbate the problem.

It could be even worse - the consultation paper criticises the current approach of setting the charge at the ‘lowest common denominator’ level. There is a good reason for that - CIL cannot be challenged on viability grounds. If the rate is set too high, development simply won’t take place on sites where costs are high or the market is weak. Yet that seems to be where the government wants to push local councils.

If the Northern Powerhouse is to succeed and the North is to thrive, these shortcomings need to be addressed. The gap between North and South is now so large, that a ‘one size fits all’ approach is unlikely to work for both.

The challenges for each are very different - the solutions need to be too.