Why women need to be involved in transport planning

On Women in Engineering Day, Leah Stuart focuses on how cities and their transport systems still largely cater for cars, and by proxy, for men

During the lockdown cold spell, I watched a young woman dragging her buggy along the centre of the road in Huddersfield. The snow-covered pavements were all but impassable for the pushchair’s tiny wheels and the road was the easier, yet arguably more dangerous option. To demonstrate this, a Range Rover sped past, splashing the woman and her child with dirty brown slush, beeping angrily as it whizzed by. 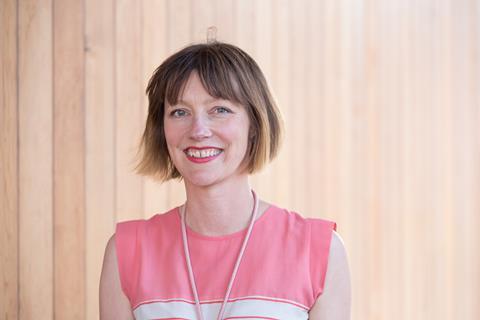 Reflecting on this, I started thinking about our transport systems and our street design and maintenance. Who benefits? The woman and her child or the drivers in their warm cars aggressively demanding that she gets out of their way? Why are we designing systems that favour people who are already privileged and disadvantage people who have to travel on foot with young children in bad weather?

A big part of the answer, historically, lies with the decision makers and the designers. These people work nine to five in offices; they have tended to be men. Their lives are regular and easy to measure, so traditionally, transport planning has been considered in relation to employment.

In contrast, all the complex reasons that dictate how and why many women travel every day, to live our real lives, are so varied and sporadic, they are difficult to quantify and plan for. This means they get ignored. The result is that we live within a system which isn’t designed by, or for, so many of the people who have to use it.

Add to this the tendency to invest in big ticket projects, which benefit the high-earning workers. Northern Powerhouse Rail (NPR), HS2 and indeed much of the UK’s major infrastructure spending focuses on huge projects. Many of these improve inter-city connectivity and will largely be used by people who travel longer distances for work, who statistically tend to be the type of people who make the decisions to invest. Coincidence?

Taking a more inclusive approach would see at least half of all infrastructure investment focused on the smaller micro-journeys made by people with lower incomes, more caring responsibilities, more than one job and more things and people to carry. But we’ve never done this. In the current National Infrastructure Strategy, compare the £5bn promised investment in buses and cycles with the £27bn to be invested in the strategic road network and the £15bn projected cost of NPR.

Why are we designing systems that favour people who are already privileged and disadvantage people who have to travel on foot with young children in bad weather?

For this price, NPR will provide a “high level of connectedness” for a target market of 1.3 million people from Liverpool to Newcastle so the North can operate as a single economy. But what about the other 14.2 million people who live in the North? What about the people who don’t work, or work locally, or have children, or need to visit their mother every day? How can we make our cities and transport systems fairer, more responsive to the people that need them, and focus on making successful places for everyone to enjoy?

Where active travel is working

This is a true story from Sweden that demonstrates how applying a more socially just and inclusive perspective to the operation of a transport network had a big impact on the health and happiness of a whole community.

In her book, Invisible Women, Caroline Criado Perez writes about snow clearing in the town of Karlskoga in Sweden. Like many places across the world, including Huddersfield, the snow clearing schedule began with the major roads, before moving onto the less well-used roads, then finally, if they got round to it, footpaths and bike lanes. Challenging the gender bias of this policy, the town decided to reverse this order of snow clearing, reasoning that it’s harder to push a buggy through the snow than drive, particularly if, like everyone in Sweden, you have winter tyres. What they didn’t expect was that it would save money. Hospital data showed that pedestrians were injured three times more often than motorists in slippery or icy conditions. With the snow clearing strategy reversed, there were significantly fewer hospital admissions associated with slips and falls, and arguably a happier and wealthier town.

Plans for the Greater Manchester Bee Network seek to make walking and cycling attractive enough to encourage massive modal shift. By investing in a legible network of routes connecting different communities, the Bee Network takes lessons from cities across the world to provide protected walking and cycling links, fed by a network of quieter roads.

Brian Deegan, Transport for Greater Manchester’s infrastructure advisor, advocates a “don’t touch the pen” method, whereby the first step is listening to stakeholders and communities: designers must resist stepping in with solutions too early. Without buy-in from the people who will be using the network, it won’t be successful. And key to this is listening to groups who don’t currently travel by active modes and understanding the barriers which prevent them from walking and cycling.

This need for inclusive design is a lesson learned from The Netherlands, where today, 56% of cycle trips are made by women (compared with 27% in the UK). With an extensive network of segregated cycle ways, Dutch women find that it is convenient and comfortable to go about their day on their bikes. When their children are 12, and often younger, they can confidently cycle alone, meaning that their parents don’t need to ferry them around.

Back in the UK, the 2020 National Travel Attitudes survey revealed that two thirds of adults agree that “it is too dangerous for me to cycle on the roads”. More women than men agreed with this statement. It follows that making streets safer will improve women’s access to cycling.

With an extensive network of segregated cycle ways, Dutch women find that it is convenient and comfortable to go about their day on their bikes

What else is driving the need for change? The Paris Agreement on Climate Action is a huge impetus. In response to the climate emergency, West Yorkshire needs to reduce private car trips by up to 43%. Greater Manchester needs to remove more than 735,000 daily vehicle kilometres from their network, which would equate to around 115,000 fewer vehicles on the roads. (Compare this to big-ticket NPR, which is estimated will take 64,000 vehicles off the roads every day across the whole of the North of England – contrasted with the aspirations for just one northern city, this is small fry.) If people still need to travel, most of these trips will need to shift to other modes.

Greater Manchester’s cycling and walking commissioner Chris Boardman plans to implement more than 30 Low Traffic Neighbourhoods during 2021. Trafford and Liverpool councils are among local authorities introducing policy documents supporting the notion of connected neighbourhoods: everything can be accessed within a 15-20-minute walk or cycle. Leeds City Council has a Play Street scheme where residents can apply for temporary road closures. They have also recently introduced eight pilot School Streets, which ban traffic from the roads around schools, improving access on foot and by bike. York City Council’s Housing Delivery Programme seeks to improve connections, promote walking and cycling and minimise unnecessary car journeys.

Across the North, we are seeing transport policies respond to the Climate Emergency. But, as we have seen, the huge number of smaller, local journeys are those more likely to be undertaken by women. So to get maximum impact, it is worth specifically assessing these plans and policies with a gender lens to make them work more effectively.

We need to gather and use gender data and we need more women in the conversation at all levels. We need to understand and remove barriers to entry, which will include price, perceptions and lived experiences of safety. We need to empower women to feel involved in their place-making process.

The levelling up agenda is asking government to take transport in the north of England seriously. It is vital that this includes transport for everyone and not just glamourous rail projects that will improve journey times for the relatively few people who choose to live in Newcastle and work in Manchester.

Our call to action for our cities in the North is to take a gender balanced approach and invest fairly in the most democratic and resilient modes of transport – starting with walking, then cycling, then buses, before tackling rail and car journeys. We need to look carefully at the journeys involving multiple stops: home to school, to work, to the shops, to school, to activities, to friends, to elderly relatives, to home. We need to tackle the small journeys; the complicated lives. To stay connected in the North and build a fairer and healthier society, we need to listen to the women pushing children along snowy streets as well as the men driving past in the Range Rovers.

Leah Stuart is a director at Civic Engineers