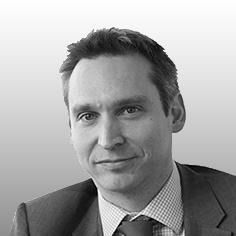 The 2016 Budget introduced new tax rules for dealing in UK land or developing it for resale, applying to land disposals made on or after 5 July 2016. Broadly, the rules seek to ensure profits arising from these activities, where they are not already so, are firmly within the scope of UK tax.

Although the rules apply to both UK and non-UK entities, their main focus is to bring non-UK developers and land dealers within the UK tax net.

Previously, it was possible to structure development transactions in such a way as to escape UK corporation tax by use of a non-resident company that did not have a UK permanent establishment and to rely on treaty protection against the potential for the profits to be subject to income tax.

The new rules seek to address this by bringing non-UK companies that are dealing in or developing UK land for resale within the scope of corporation tax, regardless of whether they have a UK permanent establishment. Similar rules apply to make non-corporate land dealers/developers pay income tax.

The rules also address structures involving indirect disposals of land (so-called “enveloping” structures) as well as structures under which profits are ™fragmented∫, so they accrue to other parties involved in the project.

Enveloping involves setting up a new vehicle, such as a non-UK company, to carry out a discrete development then selling the vehicle rather than the property.

Because the vehicle itself does not dispose of the property (and has no intention to), there is no trading in the property and, accordingly, a capital rather than trading receipt accrues on the sale of the vehicle.

Without these rules and their forerunner (the ™transactions in land∫ rules), that gain would not be subject to UK tax in the hands of a non-UK resident (or could be subject to lower rates of tax in a UK resident). The new rules make it clear that this kind of arrangement does not apply where the land forms at least 50% of the value of the vehicle; however, in practice, such arrangements are likely to have fallen foul of the forerunner legislation anyway.

The rules on fragmentation may apply where someone who is associated with a person disposing of land makes a contribution to its development or to its disposal at a profit and that contribution is not “insignificant”.

The effect of these rules is that all the profit from the project is treated as arising to the person disposing of the land. In effect, therefore, this person is taxed on profits actually earned by someone else.

A person will be treated as associated with the person disposing of the land if, broadly:

While the aim of ensuring offshore developers do not escape UK tax is understandable, the new rules raise some concerns.

One of these is the distinction between trading and investment. The rules are said to be aimed at persons trading in UK land but, on a strict reading of the legislation, it is possible they could also cover property investors.

The legislation catches arrangements where making a gain on a disposal of land is ™one of∫ the main purposes of acquiring and/or developing the land. This potentially captures investment transactions, as capital appreciation is often seen as a key factor. Draft HMRC guidance indicates that this is not HMRC’s interpretation but there is clearly more scope for HMRC to challenge transactions sitting in a grey area between trading and investment.

On a practical level, it would be prudent to ensure contemporaneous documentation, such as board minutes and business plans, clearly sets out an investment intention where applicable, as the trading/investment distinction will always turn on the specific facts.

Another area for concern is the possibility that one party to a project could have a responsibility to pay tax on a gain actually realised by another, particularly under the fragmentation rules.

The test for association is drawn quite widely and could easily catch economically independent parties, such as where joint ventures are involved. While the legislation expressly provides that reimbursement payments between the parties to cater for this situation are not taxable, it stops short, inexplicably, of providing a statutory indemnity.

It is important, therefore, that appropriate indemnities are obtained where the fragmentation rules could apply. Where such indemnities do not exist, there may potentially be a recovery right under the doctrine of restitution but this should be seen as a last resort.

Mike Hunter is a partner in Addleshaw Goddard