Greg Lomas marvels at 18th-century stone shelters in Italy, but derides a restaurant in south-west Africa

At Foster Lomas we are known for exploring the local architectural language. So in researching designs for Pollinaria, an artists’ hub near Rome, we were delighted to find the structures called tholoi.

These buildings are rustic shelters that are built using a technique similar to dry stone walling, but which twist up into domes. They have been in the Italian countryside for centuries and are very beautiful and functional - some of them are even two storeys high. They are very delicate and not many have survived intact. The government is trying to restore some of them.

We are hoping to incorporate designs inspired by these structures into the Pollinaria project as part of an effort to weave together old and new buildings on the site.

This relates to another project that we have worked on, this time reflecting a complete failure to tap into the local vernacular. It’s a restaurant in Namibia, which is shaped like a ship and, appropriately enough, called The Wreck. It’s got portholes and a prow and everything.

Apart from being simply horrible to look at, The Wreck is an example of bad environmental design: like much of the architecture around here, it’s very Mediterranean in style and is badly ventilated.

When we came to designing our Vogelstrand House nearby, it was inspired by the air-permeable, local vernacular. We also used eucalyptus wood, which is very hard wearing and doesn’t rot. There’s more to vernacular architecture than simple aesthetic considerations. 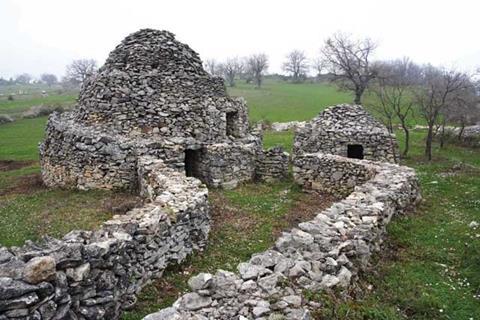 The tholoi of Abruzzo were built by shepherds seeking shelter during the 18th and 19th centuries. They are made using a technique similar to dry stone walling, placing one stone on another. They are similar to structures found in Puglia, Italy’s heel, and some historians have theorised that shepherds borrowed the design while migrating flocks between the two areas. 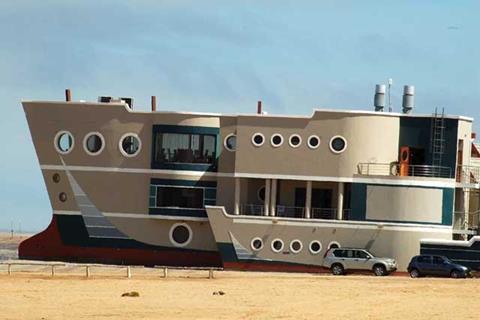 “The Wreck” seafood restaurant was built in the nineties as part of a holiday hotel called Beach Lodge in Vogelstrand, Swakopmund, Namibia. Originally a German colony, Namibia shows the influence of its former occupants through both architecture and place names.