Brexit: Leaving the environment behind?

What environmental regs will be in the firing line after Brexit, and will Theresa May be a green PM? 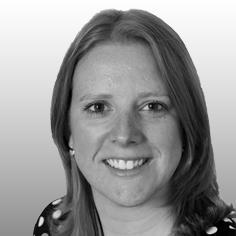 Back in May, when I was speculating about what the impact of an EU leave result would be on environmental legislation - particularly those affecting the built environment - I didn’t think that it would become a reality. But, here we are. And whilst it’s not reality quite yet, we’ve taken a fork in the road that takes us on a different route to that which many of us thought we would take. It will take a while to clarify what life outside the EU will look like, but in the meantime, it is helpful to reflect on what environmental legislation might be in the firing line and how the next few months and years might play out.

What we know is that 80-90% of the UK’s environmental legislation is driven by the EU, so there could be a significant impact, depending on how the UK government weaves its way through the complex mesh of Brexit negotiations. One possibility is that the UK remains part of the European Economic Area (EEA). In doing so, we would be required to comply with most of the EU laws, which would be enforced by the European Commission and would allow us to trade with other countries without having to negotiate new agreements. The down-side of this route is that we would not be in a position to influence future legislation and would therefore have to ‘blindly’ accept whatever is agreed by the remaining member states.

It will be up to new prime minister Theresa May to unpick whether membership of the EEA is the basis on which our exit is negotiated. If she chooses not to establish a new relationship on that basis, then all environmental legislation could be under the spotlight. Therefore her position in relation to the sustainability agenda and her choice of Environment and Energy cabinet members is fundamental to ensuring the UK remains a leading global force in tackling these issues.

We also know that the UK has environmental obligations which are not tied to being a member of the EU. At the Business and Climate Summit last month on 29th June, Amber Rudd, Secretary of State for Energy and Climate Change, commented that Brexit will make it harder for the UK to tackle climate change but that “our commitment to dealing with it has not gone away”. The Climate Change Act 2008 (setting a target for an 80% reduction in carbon emissions by 2050) and the UK’s signature to COP21 made in Paris in 2015 both remain strong drivers for continued action on carbon. A slight sticking point is that the COP21 agreement has not yet been ratified – something which May will have to pick up during her first few months in office.

Amber Rudd also emphasised that “renewable energy is going to continue to have a very strong future”, which will provide a shimmer of hope to those who expect that the UK’s renewable energy targets will be scrapped, since they are derived from the EU’s Renewable Energy Directive.

As each day passes, a little bit more is understood about the very complex issue of negotiating our exit from the EU. I am hopeful that between me writing this article and it being read by you, we will know a little bit more about what the future looks like – for the UK, for the property sector and the environment.

Emma Hoskyn is director of upstream sustainability services at JLL