Brian Green: This is your new playground 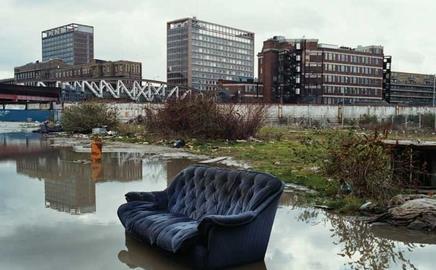 Construction firms don’t really do strategic marketing. They do lead chasing, sales and sales promotion and spend money on logos and brochures. They no doubt pride themselves on the benefits they gain from sponsoring the odd horse race. Oh, and of course they spend a fortune working up bids.

But they leave most of the equipment in the marketing toolbox well alone. Housebuilders and a few enlightened consultants aside, construction firms (including most contractors) passively accept the market as it is. They rely on others to create demand for their services. They seldom, if ever, generate demand beyond, perhaps, lobbying government to spend more on infrastructure. This leaves them pretty much helpless when it comes to controlling the inevitable and sometimes violent fluctuations in the market.

True, this passive approach did provide healthy profits and solid growth for most firms from the mid-nineties up to about 12 months ago. But that world has gone. After the biggest annual drop in output on record in 2009, prospects look horrendous. The government, which is propping up the industry (it accounts for about 40% of its work), plans to cut capital spending in half by 2014. And who knows when other major clients will be enticed back to invest in the built environment?

If UK Construction plc just sits back and waits for work to materialise it could face a 25% drop in turnover from its peak. And there’s little or no sign of a return to serious growth on the horizon.

There is, however, an alternative. Firms could consider how they might generate or facilitate new work. This is not a revolutionary idea. The construction industry has a history of doing just that. In the eighties, spurred by a deep recession and later buoyed by euphoria during the Lawson boom, construction was awash with entrepreneurial spirit, for want of a better phrase. Much of what emerged bordered on the insane, particularly once firms had formed departments dedicated to “thinking the unthinkable” – a double-decker M25 and a road tunnel under the Thames were among the more thinkable.

As early as 1981, Sir Philip Beck, chairman of Mowlem, approached the London Docklands Development Corporation with an idea. He wanted an airport. He got one. Mowlem (again) proposed a third tunnel for the Dartford Crossing in exchange for toll revenue. It lost this bid, but a new, privately financed bridge was built.

Eventually lobbying convinced the government to relax the rules and the PFI was born. The aim was to spark a wave of private-funded infrastructure building. Initially, projects were to be “extra”, but since its launch, the PFI has become institutionalised as an alternative funding platform for public-sponsored works.

That was then. This is now, and the obvious question is: what route should, or could, construction firms and the industry at large take to generate extra work.

It won’t be easy; nor will it afford rapid returns. But there will be opportunities, especially if firms can tap what economists call externalities – the benefits falling outside the immediate scope of a project. The richest vein of these will most probably stem from the drive for sustainability.

The industry would need to grapple with its culture of “in and out”, because much of the value it creates accrues over time, as newly built environments mature into living places. If contractors want to tap into externalities as funding sources they will need to make a longer commitment to their projects. And if traditional investors or clients are a bit reluctant to put money into that, then construction firms should be prepared to step up and fill the breach with investment funds or risk sharing.

This may mean firms directly or indirectly linking their revenue to reducing carbon emissions, meeting energy reduction targets, reducing crime, or improvements in educational standards. It may mean tying profit to rises in house prices.

The industry would need to grapple with its culture of ‘in and out’, because much of the value it creates accrues over time, as newly built environments mature into living places

All is to play for, but it will take a major mind shift. The first step is simple. The industry must stop asking the question, “Where is the work?” and instead ask, “Where might there be work?”

This will require a greater understanding of the market. It is remarkable how little the industry invests in market information given how large and risky that market is, and how exposed the industry is to its movements. It’s no surprise that the reaction to the current recession was to panic and drop prices to suicidal levels, and to bid for every job going, no matter how small.

The second step is to assess just where the industry adds value. Here Andrew Wolstenholme’s recent industry review, Never Waste a Good Crisis, pretty much hits the spot. To quote: “We must move beyond construction to a broader vision of the built environment. Good built environment that is sustainable leverages performance in other parts of the economy to deliver superior quality of life … Far too much of the industry does not focus on its end purpose and cannot see how the process creates value for end users.”

Wolstenholme is right to highlight the need to focus more on the environment and sustainability. But this thinking exposes the question of how the benefits accruing from more sustainable planning, design and building can be maximised, monetised and then fed back into investment in projects.

This leads to the third step: to develop skills or associate with those who have the skills to build financial models that accommodate and balance the interests of all those who benefit or lose from a project.

There is much work going on in this area, particularly within the planning of residential-led mixed-use developments. Interestingly it challenges the traditional “cost reduction” thinking that tends to dominate in construction.

Here’s an interesting quote from Richard Jones, head of regeneration at EC Harris: “If I see a £5m contribution to a school as part of the section 106 deal, I’m not looking to cut that back. I see potential. How much does a good school add to the value of each property? We can count that effect.”

The fourth step is for the industry to generate or lobby for legislation or regulation that promotes more sustainable building. This places the industry on the “righteous” side of the green debate while also promoting its own interests.

For instance, it might promote a more progressive link between commercial business rates and building performance. This would prompt more work from the private sector, rather than asking the government to cough up more cash.

The fifth step five is pretty obvious. Firms should be prepared to back their efforts to kickstart or generate new projects with investment directly or through risk-sharing.

Whatever strategies individual firms adopt, the construction industry as a whole faces a choice: shrink or create new demand.

If firms choose the latter, it will be a rocky road and risky. But, if it proves successful, those brave few will have a more sustainable future and much more control over their markets and their destiny.