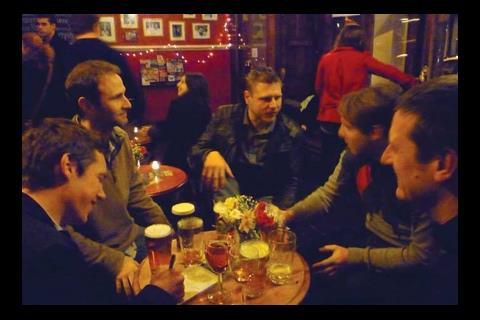 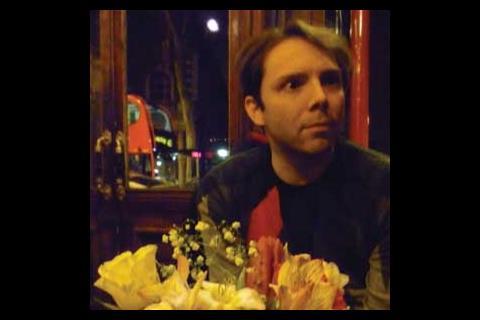 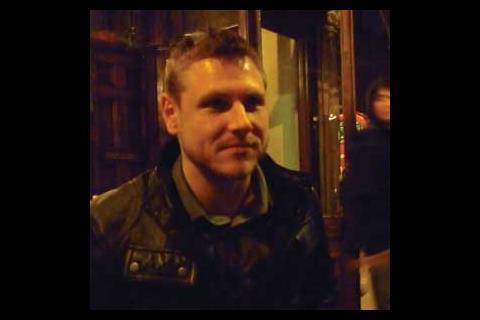 We’re in the King’s Head in Islington, north London, on the day that Britain officially declared its deepest recession since the thirties over – by a whisker

Does that mean we can order some champagne, asks director Brian. The consensus among the group is probably not. For a start the imperceptible economic growth means most of us will be drinking value pack cider for the foreseeable future, and secondly we’re all feeling a bit self-conscious with five blokes crammed around a circular table meant for two bang slap in front of the doors. Drinking champagne would make us look even more conspicuous. What we need is one of the tables by the coal fire, suggests Marcin.

While we wait for someone to vacate, talk turns to construction. So what’s new and exciting in the world of structural engineering? There’s a prolonged silence before the other Brian pipes up: “I’ve just finished propping up Damien Hirst’s unicorn.” That sounds like a euphemism, quips Marcin. Brian’s quick to assure us he’s referring to one of his legendary pickled exhibits. This time it’s a unicorn in formaldehyde. It turns out the four tonne exhibit which includes a gold-plated tank is going to be on display at Eastbourne’s new gallery. It’s all part of a campaign to rid Eastbourne of its blue rinse brigade reputation. Eckersley O’Callaghan’s contribution has been to design a temporary – though it could be permanent if they can’t find the £1,000 to knock it down – concrete column beneath it for support.

“You do know there’s no such thing as a unicorn?” Rutger points out. This begs the question, what is it made of then? “I think it’s the body of a large foal with the horn of a narwhal whale glued to its head,” says Brian. Our dreams are dispelled in an instant.

From the weird world of Damien Hirst, it’s not a huge leap to Anish Kapoor and his “Shooting into the Corner” exhibit – on tour in Europe. It turns out Brian is also responsible for making sure the cannon firing the crimson red wax pellets doesn’t topple over. So far it hasn’t.

‘I once had to build a support system for some bloke who wanted to go around hanging off the outside of buildings,’ says Brian

Things get even more surreal. “I once had to build a support system for some bloke who wanted to go around hanging off the outside of buildings,” says director Brian. “It was some sort of art installation; he would sit there for 12 hours at a time.”

We’re momentarily distracted as a table by the fire is vacated and we make an ungainly lunge for it. Settled in, talk resumes – this time about where we all live. Director Brian has got a cool sounding pad on Upper Street. He reveals he bought the abandoned shell of a half-built nightclub owned by Eddy Grant. We run through his hits – Do You Feel My Love?, Electric Avenue, Gimme Hope Jo’anna. Then we’re stumped. Apparently the dance floor is now where the living room is. That reminds me of another Grant hit: I Don’t Wanna Dance. Luckily, nor does anyone else.