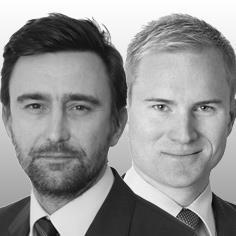 Earlier this year, the government of Umm Al Quwain announced plans to build a major new AED25bn (£5bn) tourism resort, the Firdous Sobha. Large projects such as this present many amazing opportunities for the project stakeholders.  However, they also raise issues which need to be carefully managed to ensure each party’s objectives are achieved. This article explores some of those issues and considers how they can be managed and, ultimately, overcome.

The Firdous Sobha project is a 50/50 joint venture (JV) between the government of Umm Al Quwain and Sobha Group. The Firdous Sobha will be an eco-tourism resort covering 53 million ft2 on Al Sinniyah Island. The project will involve the construction of:

Sobha Group will not only act as co-developer for the project, but will be responsible for its construction.

One of the many issues which can arise on a project such as the Firdous Sobha is interface risk. That is, where the success of a project depends upon the interaction of two or more stakeholders.

In a project such as this, interface risks can occur between:

One area in which issues can arise in any JV project is around decision making. The JV agreement will often allocate decision making responsibility for particular matters to each JV partner.  However, there will be many decisions which must be made jointly.

It is the responsibility of the professionals engaged on the project – project managers, architects, engineers, quantity surveyors and lawyers – to identify interface risks and manage them effectively. In doing this, it is important to recognise that each party has its own project objective. The government’s key objective is to deliver a world class facility that puts it “on the map” as a commercial and tourist destination and provides a number of obvious economic and social benefits. Sobha, as both a JV partner and the main contractor, will want to develop the project in as short a time, and as cost-effectively, as possible while still delivering a development which enhances its reputation and is attractive to investors.

There are a number of ways in which these risks can be effectively managed.

There are obvious contractual mechanisms. These include variations, extensions of time, liquidated damages and delay costs clauses.

However, there are also alternative frameworks, which sit alongside the contractual mechanisms, under which parties can work together and collaborate to deliver a particular outcome. For example, each party involved in the project might enter into a multi-party deed, or a non-binding charter, under which they agree to cooperate.

Proactive project management and ongoing communication are also key for those professionals responsible for managing projects like Firdous Sobha. Project managers can hold workshops at the start of the project for all key stakeholders. These help to build relationships, open up lines of communication and understand each project participant’s key objectives for the project. Most importantly, they allow for early identification and resolution of interface risks which may arise.

Project managers should also hold regular meetings with stakeholders to ensure that new interface and other risks are identified and managed.

The development of a eco-tourism resort like the Firdous Sobha presents many opportunities but also some risks for its stakeholders. Whether the key objective of delivering the “the region’s top tourist destination” is achieved will depend on how those risks are managed.