You may not have a contract in writing, but if you’ve had meetings about the scope and price of the work and have got on with the work and even been paid for the work, then a contract is just what you have 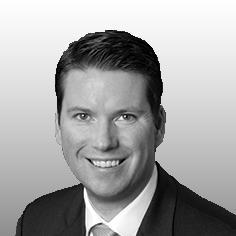 Tony Bingham recently commented on the Purton vs Kilker case for Building (2 October 2015). It involves a claim for payment for joinery works carried out as part of the refurbishment of the Dorchester Grill. He applauded the court’s pragmatic approach in confirming the existence of a construction contract despite not everything having been put in writing, such that an adjudicator had jurisdiction to determine (on a temporarily binding basis) a dispute arising under it.

The applause must be well-placed. In extending the availability of statutory adjudication to oral contracts, parliament must have had in mind the sort of scenario presented in this case - which is to say, getting on with the work off the back of various meetings and recording the scope and price through the exchange of correspondence during the course of the works.

However, the case caught my attention more for the judge’s analysis in support of the conclusion that “it seems clear beyond argument that there was a contract”.  In reading the background facts to the parties’ relationship, as set out in the judgment, one might think about the legal principles and essential components of contract formation. To recap, these are: (1) offer; (2) acceptance; (3) consideration; (4) intention to create legal relations; and (5) certainty of terms.

This case focused on the fourth and fifth of these components. Kilker argued that, despite the works having commenced and despite payments having been made, no agreement had been reached on the essential terms of the contract and there remained too much uncertainty for a contract to exist.

And then my mind departed somewhat from legal principles and I found myself reciting the “duck test”.

It’s obvious, isn’t it? While there was no finalised written contract: (1) Purton performed a scope of work and made various requests for payment; and (2) Kilker made a number of payments in response to those requests. It must be a duck.

Thankfully (whether or not he shared the same impression), Mr Justice Stuart-Smith’s judgment did not depart from the legal principles as readily as me.

He referred to two previous cases where (as is all too common) the parties had engaged in substantial performance of the works before finalising the terms of the contract. In the first (Percy Trentham Ltd vs Archital Luxfer Ltd (1992)), Lord Justice Steyn in the Court of Appeal said this: “The fact that the transaction was performed on both sides will often make it unrealistic to argue that there was no intention to enter legal relations. It will often make it difficult to submit that the contract is void for vagueness or uncertainty.”

My point exactly - it must be a duck. Not quite. The judge in this case then referred to the Supreme Court’s decision in RTS Flexible Systems Ltd vs Molkerei Aolis Muller GmbH & Co Kg (2010), which commented on Lord Justice Steyn’s reasoning and clarified that more than just substantial performance by both parties is required for a contract to exist.

Lord Clarke said this: “Steyn LJ was not saying that it follows from the fact that the work was performed that the parties must have entered into a contract. On the other hand, it is plainly a very relevant factor pointing in that direction. Whether the court will hold that a binding contract was made depends on all the circumstances of the case, of which that is but one.”

Back to the Dorchester Grill. Not only did the judge take on board the substantial performance on both sides, but he found that a chronological review of the documents recorded with sufficient certainty (if not in one place) the deal that the parties had struck, such that all the circumstances of the case led to the conclusion that a contract had been created. The parties had exchanged documents with a consistent list of 13 elements, comprising an agreed scope of work and which had been priced at £350,000. The documents also recorded the parties’ agreement that additional payments would be made in respect of instructed variations.

So perhaps my analogous “duck test” works. It’s just that you need more than a quack.

James Clarke is a senior associate at Berwin Leighton Paisner