Density doesn’t have to be a dirty word

With the current pressures on housing supply, the housebuilding industry has a pivotal opportunity to champion new housing typologies 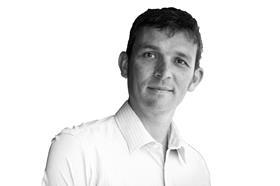 We need to talk about density. Too often it’s a word that invokes imposing, high-rise flats and the most undesirable extremes of urban living. Except it shouldn’t. And it’s time we put an end to these myths and stop skirting around the subject because we’re going to start hearing much more about it.

The need to develop sites at much higher densities was recognised by the Prime Minister and Sajid Javid last week when launching the revised National Planning Policy Framework (NPPF). And in his draft London plan, the Mayor of London has shelved previous density limits in a call to boost the number of new homes being built.

But density serves a critical purpose beyond meeting the housing shortage. It is key to creating successful places.

And high-density today doesn’t have to look like the urban density of old. Delivering higher levels of density does not simply equal more high-rise development

The social fabric of any community – the artisan markets, thriving pubs and active community groups – hinge on there being a certain density of people to thread together. And never is this more important than when trying to establish new places and build a substantial number of new homes. People nowadays don’t want to move into dormitory suburbs that they leave in the morning and come home to at night – they expect certain amenities and focal points for residents, which are often only viable when the density is higher.

Density ultimately creates and ensures the critical mass that we need to establish new communities and help places to prosper. It is the what gives a place a vibrant, dynamic atmosphere and attracts people to live, work and play there.

And high-density today doesn’t have to look like the urban density of old. Delivering higher levels of density does not simply equal more high-rise development.

There is a whole spectrum of other housing typologies that sit between our traditional notions of low-density, suburban, semi-detached houses with gardens and garages to high-density blocks of flats. This includes urban townhouses at three or four-storeys tall, designed with roof gardens and terraces instead of typical backyards, maisonettes, or mid-rise mansion blocks, but this range is by no means exhaustive. It is by exploring the breadth of this range and stimulating greater innovation and variety in types of housing that density can be increased – in a way that is attractive and appealing.

It’s important to start showing that through effective design, higher density can be achieved today in a more sustainable and aspirational way

The industry needs to embrace this more design-driven approach to density and get creative. Khan has cottoned on to this too – this year, the Greater London Authority (GLA) will be working on new design guidance to make high-density housing more appealing to Londoners and show that high-density living doesn’t have to mean high-rise.

Good design can also bridge the gap between different levels of density and integrate different typologies alongside each other – so that sites don’t have to be so uniform, and can be developed at different, complementary densities with a more bespoke and interesting aesthetic.

We may be firmly in the midst of a housing shortage in this country, but that doesn’t mean that consumer choice should be limited to the same old traditional products. Today’s first-time buyers lead very different lifestyles to those 50 years ago. Our homes need to reflect that. For instance, we’ve got used to designing for cars and around parking space requirements – but with the rise of driverless cars and decline of personal car ownership, for how long should that continue? And how long will it be until that mentality starts to ripple out of urban centres and impact more rural areas too?

As an industry, there’s no denying that we have a way to go to shift public opinion. Our housing ideals and tastes have been heavily influenced and entrenched by popular culture – British soaps based on cobbled terraced streets or around London Squares – and people are instinctively more drawn to familiar types of housing (such as Edwardian or Victorian period properties). Victorian terraces are among some of the highest density housing in the country, and yet are still hugely sought-after – while many contemporary attempts to achieve similar levels of density have had communities running for the hills.

With the current pressures on housing supply, the housebuilding industry has a pivotal opportunity to champion new housing typologies. It’s important to start showing that through effective design, higher density can be achieved today in a more sustainable and aspirational way.

It’s time to start appreciating the positive face of density. We need to see more of it.

Peter Newton is an architectural director at Barton Willmore