Does the Green Deal have too much consumer protection?

The scheme has a lot to offer the homeowner, but the government is holding it back 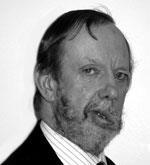 It is now about a year since the Green Deal was supposed to be launched with a fanfare of trumpets. In practice, it was well into 2013 before the scheme got off the ground, and since then the results have been very disappointing.

Why is that? After all, no-one can dispute the need to improve the existing building stock if this country is to meet its climate change targets, and in the past exhortations to homeowners to save energy or reduce their carbon emissions have not on their own been enough. Incentives – or regulations – are needed to get people to act. I was glad to accept an invitation to sit on one of the Department of Energy and Climate Change’s advisory forums for the Green Deal, and wish wholeheartedly for it to work.

Not having to pay up front for energy improvements ought to be a big help for many people who don’t have lots of money in their bank accounts for such things now, particularly after the years of recession we have been experiencing. But people seem fearful of a charge being placed on their property and the effect this may have on making a sale or on the price achievable. It would be good if reassurance could be given by someone that this charge does not have that effect.

The cost of Green Deal loans is clearly an issue, with the interest rates currently in place. Perhaps alternative sources of finance can be made available. It is reported that many people have had Green Deal assessments done and then had some work carried out that was financed in other ways. We need to try to find out how widespread this is.

Are the prescribed levels of consumer protection too high – provider licensing, assessor licensing, installer licensing, warranty provision? Here in the building control world we are all for consumer protection, but is this level of bureaucracy putting people off? After all, if you employ a builder to put an extension on your house he does not have to be licensed, but any Green Deal installer does, however small the job he or she is doing. Should this be looked at again, and perhaps rely more on traditional methods of building control to ensure energy requirements are met, and the work done safely?

Incentives – or regulations – are needed to get people to act

A big disappointment to me was the decision by the government at the end of last year not to proceed with “consequential improvements”. If a requirement to improve the energy efficiency of an existing house when building an extension had been introduced, then many people may have used the Green Deal to finance the work. This was reportedly scrapped following a newspaper article dubbing this a “conservatory tax”, ironic really since the Building Regulations do not apply to most conservatories! I would encourage the government to have another look at this.

Finally, one small point of comfort. In its promotion of the Green Deal, the government had encouraged a huge expansion of the installation of solid wall insulation. I had been worried that this would lead to a rash of new entrants into this market, and a real risk of the work being done incompetently at considerable hazard to homeowners – and to the Green Deal itself. The fact that take-off has been much slower means that this problem does not appear to have developed, as yet at least.