As electronic communication and documents become increasingly ubiquitous, procedures around disclosure have to be updated to keep up 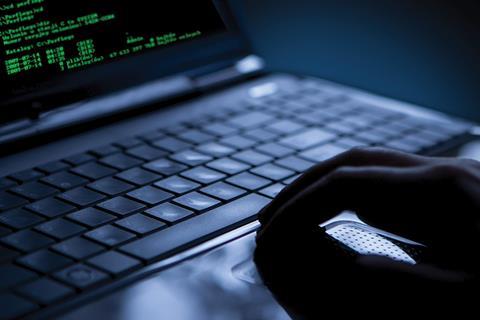 One of the least popular aspects of litigation has always been disclosure, or discovery as it used to be called. Not only is it invariably the most expensive part of the process but it is also often hugely disruptive, with your lawyers pulling your offices apart to find those nasty documents that you have carefully hidden away, only to declare that they are actually going to hand them over to the opposition.

If things were bad in the old days they have got considerably worse in recent years with the advent of the computer and email. About 90% of all communications in a business context now are electronic and the upshot of that is the the focus these days is on “e-disclosure”.

Quite apart from the inherent uncertainties of delivering cost-effective solutions to managing vast amounts of electronic documents, a major issue in practice has been the disparity in knowledge and approach throughout the legal profession, which can be exploited for purely tactical reasons.

All of this has conspired to make it even more difficult for the judges to manage cases effectively. Because of the volume and variety of documentation that construction projects produce, this problem has perhaps been experienced most keenly in the Technology and Construction Court (TCC).

The Technology and Construction Solicitors’ Association (TeCSA) has, in conjunction with the Technology and Construction Bar Association (TECBAR ) and the Society for Computers and Law (SCL), developed a toolkit designed to provide an effective framework for parties to manage all aspects of the e-disclosure process in a collaborative and cost-effective manner. The TeCSA/SCL/TECBAR E-disclosure Protocol, to give it its formal name, was formally launched on 1 November.

Although the existing civil procedure rules do require the parties to address e-disclosure issues prior to the first case management conference with the judge, they do not attempt to provide a practical framework for those discussions.

A major issue in practice has been the disparity in knowledge and approach throughout the legal profession, which can be exploited for purely tactical reasons

What is the best way of “harvesting” electronic documents? How then best to process them? What of “de-duping” and “predictive coding”? The questions are endless and often highly technical and finding a way through is not easy, particularly when the volumes of documents that need to be processed can be prodigious. Early mistakes in planning e-disclosure can prove extremely expensive further down the line.

The protocol, which is supported by a user’s manual and a lengthy and invaluable beginner’s guide to e-disclosure, is essentially a template document designed to provide a structured framework for the discussions between the parties around identified issues.

It is also a means of recording the various agreements reached by them on methodology to provide a complete, transparent record of such matters that the judge can use as part of the case management process. The template is physically divided into sections, which follow the widely known Electronic Discovery Reference Model (EDRM) for structuring the electronic disclosure process, which starts with identification, then deals with collection, processing, review and analysis and, finally, the production stage. Each section of the protocol identifies the issues that the parties should be addressing at that stage and points them towards what they need to agree. For example, in the section on identification of sources of documentation, the parties are directed to identify and list the location of - and key “custodians” of - potentially disclosable documentation.

The protocol has a final section, which considers the issues of confidentiality and privilege. It also provides a “clawback” provision whereby each party agrees to return any documents which it knows or should reasonably know were inadvertently disclosed. This goes further than the civil procedure rules which simply state that any privileged documents inadvertently disclosed cannot be relied upon as evidence without the consent of the court.

The judges of the TCC have provided their input on the protocol and have confirmed their support for its use in TCC cases. What does this mean in practice? Clearly, the document does not have the status of the court procedural rule or a formal practice direction.
With effect from 1 January 2014 the TCC has indicated that it is likely to order parties to adopt the protocol in the absence any suitable alternative proposal from them.

It has also confirmed that the TCC Court Guide is to be revised and updated to reflect the recent Jackson reforms as well as to incorporate the protocol. An e-disclosure working party is to be set up to keep the court abreast of developments and provide feedback on how the protocol is working in practice.

Steven Williams is a construction partner at Nabarro and Dominic Helps is a consultant for construction specialist law firm Corbett & Co. Both are members of the TeCSA e-disclosure subcommittee