Editor’s blog: School’s out and the kids are in charge 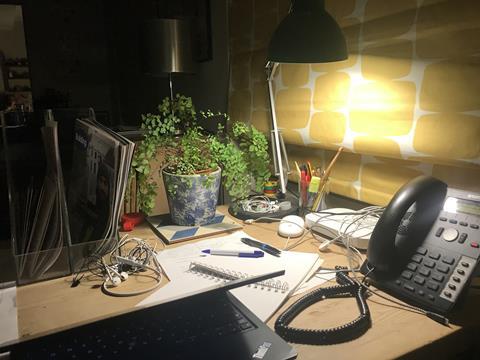 Day three and the kids took charge of home-schooling. At first there was order: my partner overseeing phonics with the youngest reception-age child, the middle one (in year 6) attempting a practice SATs maths paper, and the eldest (in year 8) finding a heap of deadlines on his homework app.

I had calls set up for the whole morning and told everyone I could not be interrupted. But an hour in and my partner had to get out of the house for some exercise having been cooped up the previous day. I could not monitor school work, so resorted to a DVD – The BFG is the current favourite – to keep the four-year-old occupied. I did not hear a peep until lunch time, when it was clear the other two had crept into the TV room and no work had been done.

The decision was made to go with the flow for the rest of the day, so we suggested the middle one helped the youngest with some basic number work through play. This unexpectedly morphed into a game with wooden figures that lasted over an hour. After which they both said they wanted to make up a PE lesson, using up another precious 30 minutes or more.

I found out that ahead of the school closures planned from today our primary school only had half the pupils attending and at least 25 staff off work. Parents received a letter outlining how the school intends to support learning, and a pack of work will be emailed and various links to online tools such as Doodlemaths. These materials will no doubt be a huge help for families in the weeks to come.

We have amended the learning timetable for next week, letting the children start later in the morning and allowing a choice between various arts activities in the afternoon. Wednesday will now be a more “child-led” day to break up the week – I am a bit worried about this idea but they love it, so morale is high.

In the meantime, I skipped going for a run in order to set up my temporary home office space. I have flipped my desk round so it no longer faces a boring wall and replaced a kitchen chair with an office one that was not being used. I have even put a plant by the phone to brighten things up.

We all seem calmer today. Perhaps early on in our self-isolation we had felt under pressure to create order out of chaos. Now we have had time to adjust, make a plan, revise the plan and see what happens.

>> Coronavirus and construction: keep up to date