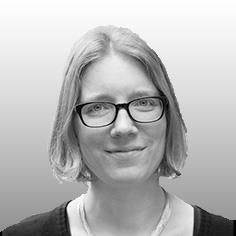 Does your workplace allow you to be productive? While you might be inclined to think that of course this should be the case (aren’t offices designed to cater for this very need?), the reality of work looks slightly different. In one of the largest workplace surveys, the Leesman Index, only 54% of more than 145,000 surveyed employees reported that their workplace allows them to be productive. So almost half of the workforce feels it is unproductive - not because of poor management, inhibiting organisational cultures or annoying colleagues, but because of the design of their workplace.

Over recent years, the idea of evidence-based design has slowly gained traction. This is an approach that grounds decision-making in design on results from rigorous research. It could be argued that using evidence on how people behave, what adds to someone’s wellbeing and what makes people productive could result in better workplace design. So how might this work for the world of work and why isn’t this the norm? There are five key points to consider…

Firstly, while evidence-based design sounds logical, in reality it’s complicated. Which data should be collected? Who can actually analyse and make sense of it? Even if data is gathered systematically and rigorously, results are often not straight forward. In a comparison of several studies (conducted in the 1970s) which reported on changes in communication patterns as offices were transformed from cellular to open-plan, four studies found increases in communication, three showed decreases and four remained inconclusive. This means the evidence-base (where it exists) does not always directly give actionable insights into how best to design for certain outcomes. In his book on the future of work, author Scott Berkun observed that “data can’t decide things for you. It can help you see things more clearly if captured carefully, but that’s not the same as deciding”.

Wacky designs with office slides, bean bags, ping-pong tables, bold colours and free food are not a panacea for all workplace woes

The state of an overall inconclusive evidence-base leads me to my second point: workplace design is not a machine. Workplaces are complex systems comprised of interacting parts. On the one hand there are people with their own individual needs. Then there is the organisation with its structures, processes and cultures. And then there is space as a means to bring people together or keep them apart. All of these levels are intertwined and once you start investigating them, even more complexity reveals itself. The best we can do is to embrace this complexity and understand – as a point three – that:

One size doesn’t fit all! What works well for Google works exactly, well… for Google. Wacky designs with office slides, bean bags, ping-pong tables, bold colours and free food are not a panacea for all workplace woes. What this means for evidence-based design is possibly this: rather than creating one space after another with the same open plan layout, the same meeting room styles and the same corporate branding, every organisation should be treated as a case in its own right. It also means to appreciate the differences in layout and design that often make or break a design. In a media company, I’ve once seen a well-designed break-out space that no one ever used: it had comfy furniture; was well located next to the coffee bar and an adjacent major circulation route. But the presence of a senior manager in a transparent office nearby with notorious micro-managing behaviour, who thought that chatting is not part of work, meant the seats remained empty all day long. Similarly, not every open plan design is from hell.

This doesn’t mean going back to purely intuitive design solutions; it rather means to let the data speak and analyse what exactly it is that an organisation stands for, requires and wishes for its present and future. This should then inform the design solution. Evidence-based design does not imply collecting data for its own sake. Unless we can convince clients that the design of their workspace can have an enormous impact on their bottom line, occupiers won’t be ready to invest into a process that can appear overly scientific, complex and laborious.

Letting the data speak also includes giving people a voice. So last but not least, I would argue that architecture is a social product. Workspaces should be centred on the people using the space day in and day out. Creating the brief for a workplace design not only from the viewpoint of the client (and thus senior management), but also collating perspectives from everyone in the organisation in a participatory process, is one of the great benefits of an evidence-based design approach.

Kerstin Sailer is lecturer in complex buildings at the Bartlett School of Architecture at University College London and director of research and innovation at Spacelab. She runs the blog http://spaceandorganisation.org and comments as @kerstinsailer on Twitter