From shambles to fiasco 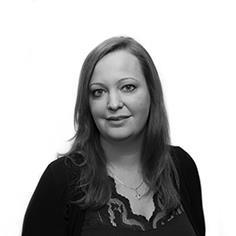 Back in July, when it emerged that the government’s £750m consultants framework - already a year late - was the subject of a legal challenge, one losing bidder denounced the procurement as a “shambles”. If it was a shambles then, it’s now a full blown fiasco.

The news that procurer UK SBS has scrapped the process, just three weeks after publicly saying that the legal challenge had been paused and it was “preparing to engage with suppliers” on the framework, is in many ways typical of a procurement that has been a disaster virtually from the start.

Since the Project Management and Full Design Team Services framework, to give it its full name, was brought to market, bidders have had to cope with a switch in procurer and more than 400 tender clarifications. And then, after appointments were at last provisionally made in June, companies were plunged into a three-month hiatus while several losing firms voiced disatisfaction about how the winners had won - and the winners themselves glanced nervously at the legal challenge to see whether they would turn out to be winners at all.

Given the level of confusion and complaint over the process, the decision to scrap the award is now probably the right one. But the fact this point has been reached at all is a depressing indictment of the public sector’s competence as a client. And particularly so when it is constantly reminding the industry of the need to be more efficient and cut the wasted costs so long associated with construction.

With apparently no trace of irony, UK SBS’ statement confirming the award had been scrapped said it believed the decision provided “the best way forward for ensuring that we are able to obtain the very best value for customers and taxpayers”.

So far, however, the “value” delivered by the aborted framework has been worse than non-existent. The process has cost firms an estimated £5m in bid costs between them. Meanwhile, for more than a year, projects that were supposed to benefit from the streamlined procurement offered by the framework have had to use other methods.

The waste in this procurement is on a level comparable with the worst PFI bidding processes - the ones derided for years for their extreme inefficiency by not only construction firms, but also MPs and the national press. Eventually, that pressure led the government to reform the model. The question with the consultants framework - which is highly unlikely to penetrate into national consciousness - is whether any overhaul of procurement will happen when it is re-run next year.

Back when the framework was merely a shambles, I wrote in this column that the biggest potential pitfall of the procurement was the risk the lessons to be learned from its failure would not be applied across government. But now the framework is to be reprocured, there is an even bigger pitfall to avoid - that the same mistakes
are repeated on the same framework.

UK SBS says that feedback from bidders on the “design of the agreement” was a factor in it being scrapped. If that’s the case, the new competition needs to address bidders’ complaints - and quickly. The expectation that a new framework will be awarded next year gives the sense that procurement will indeed begin again quickly. But while that may be positive in terms of minimising the ever-lengthening delay to the framework’s launch, it also gives rise to the worrying prospect that the problems that have led to the current situation will not have been explored.