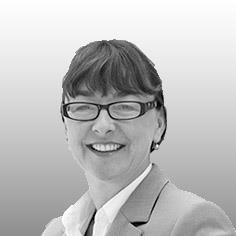 Regulations that will require companies with more than 250 employees to publish their gender pay gap data are expected to come into force in March 2016. Draft regulations setting out the detail of what is to be published are likely to be laid before parliament this autumn, with the obligation to publish to be phased over a six to 12 month period. So what does all this mean for the construction industry?

There is a gender pay gap across most sectors in the UK. The reasons for the gap are complex and many of its causes lie outside the control of the individual employer. The Office for National Statistics’ data for 2014 suggests that the gender pay gap in skilled trade occupations is nearly 25% and among professional occupations it exceeds 10%. Across the construction industry it is reported to be over 22% - higher than the national average.

It therefore seems likely that when businesses in the building and construction sector are required to publish their data, it will show some pay differences between men and women as groups. As such, the publication of the data is likely to put the spotlight on the issue of equal pay within organisations.

Mass equal pay claims have been a real problem in the public sector over the last 30 years but have had less of an impact in the private sector, though there are signs that this is changing. Retailers such as ASDA and Sainsbury’s are facing mass equal pay claims, as is Network Rail.

The gender pay reporting obligations have generated a lot of publicity and recently the shadow minister for women and equalities, Kate Green, called for mandatory gender quotas at senior levels within organisations.

Because organisations nowadays do not generally pay employees differently based on their gender, and because there are so few women in the construction sector (12.2% of construction’s workforce are female, according to government figures), many employers in the industry have not yet identified the risks associated with gender pay reporting.

As well as presenting a risk to brand, the data produced - and the work done to collate it - could be used to support claims for equal pay by disgruntled current and ex-employees. A common misunderstanding is that it is only employees who do the same role for the same employer who have the right to claim equal pay. In reality, the majority of mass claims are brought by employees doing very different jobs but who claim that those jobs have the same value when they are compared in terms of skills and demands. If the jobs are of equal value, then each element of the pay package can be compared; it’s not necessarily enough for an employer to show that, while the elements of pay are different, the total package has the same value.

This means that office staff could compare their packages with workers on site, or a contracts manager with a training and development manager. Provided they work for the same or an associated employer, at the same establishment or elsewhere - and if they can show their work is of equal value – the employer has to justify any differences in pay, access to or level of benefits. This will also include overtime premiums.

As pay claims can go back six years, many employers will simply not have the records that will allow them to explain the differences.

There is time to prepare for gender pay reporting. The extent of preparation necessary will depend on the circumstances. An organisation applying a systematic job evaluation scheme and with a transparent pay structure may just need to conduct a few spot checks to ensure everything is working as expected. If pay structures lack transparency or consistency, then it is probably best to address that before conducting any audits. Equally, watch out for what the Equality and Human Rights Commission describe as “high risk pay systems”. These include discretionary bonuses, market-based pay and performance-related pay.

Gender pay audits, of areas of concern or of the whole business, can highlight areas where action is necessary and allow organisations to develop action plans and employee communications strategies in advance of publication.

Care needs to be taken though not to create unhelpful documents that might later be discoverable in litigation. If documents are created for the purposes of taking legal advice, then they cannot be used in later litigation, so it would be sensible to involve legal advisers in key parts of the audit process to benefit from this protection.

There is still some time to go before the requirement to report becomes effective. However, employers should be taking steps now to get their houses in order to ensure they are prepared for the task ahead.